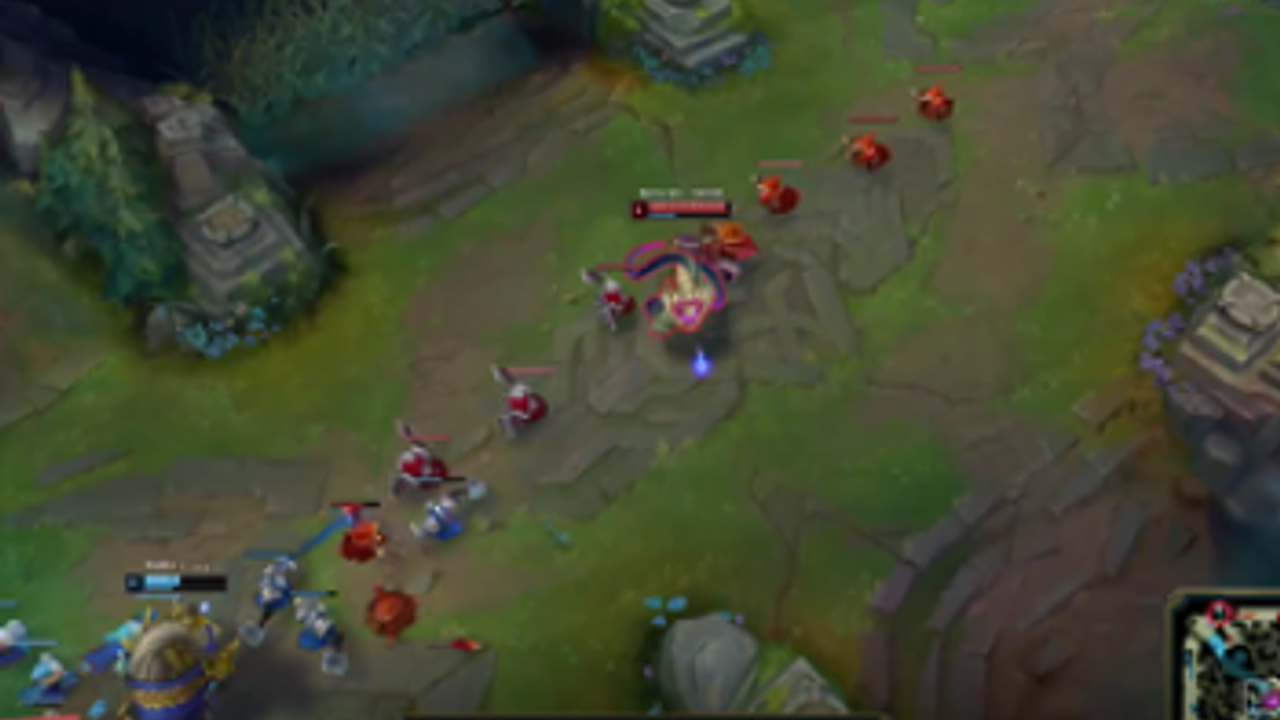 The Semi-Final matches pitted the best high school talent from across the nation for some amazing matches. The first match has Southern California representatives and long-time juggernauts of the NASEF league Sunny Hills Lancers Gold go up against Illinois behemoths Jones College Prep Esports. JHP Esports fought valiantly in their games, but the combination of Cam’s excellent map presence and Soonchang’s and Javeen’s masterful botlane teamwork allowed Sunny Hills to claim a 3-0 sweep.
Next up were Canada’s representatives from Vancouver, Kitsilano Secondary School, taking on Acton Boxborough Esports Gold from Massachusetts. While AB Esports Gold were able to pick up the first two games of the series, Kitsilano were able to have a decisive victory in game three. This did not melt AB Esports resolve and turned game four into a boxing match of blows exchanged back and forth, until Pride Jia and TheoFromCeleste from AB Esports pulled their team ahead with some solo kills to tip the balance of power in their favor to claim game four to close out the series.
With AB Esports Gold winning their series 4-1, this had set the tables for them to face off against the NASEF veterans, Sunny Hills Lancers Gold. Sunny Hills had made a name for themselves in the previous years as being a formidable team with exceptional talent, but AB Esports had been showing amazing performances in recent streams leading up to the finals.
The first game of the final’s series was a Sunny Hills victory, with excellent roams from Jennie and ganks from Cam to find early advantages for their team. Game two was more even in the early to mid-game, where both teams were trading kills and evening up dragons, until Sunny Hills foils a baron take from AB Esports and pulls ahead, eventually winning the game after taking Elder Dragon with dragon soul.
Sunny Hills were at match point in game three, and AB Esports fought well to try to extend it to a game four by staying even in gold, but Sunny Hills teamwork and dragon control were ultimately able to claim them their third victory to ensure themselves as the champions of the tournament.