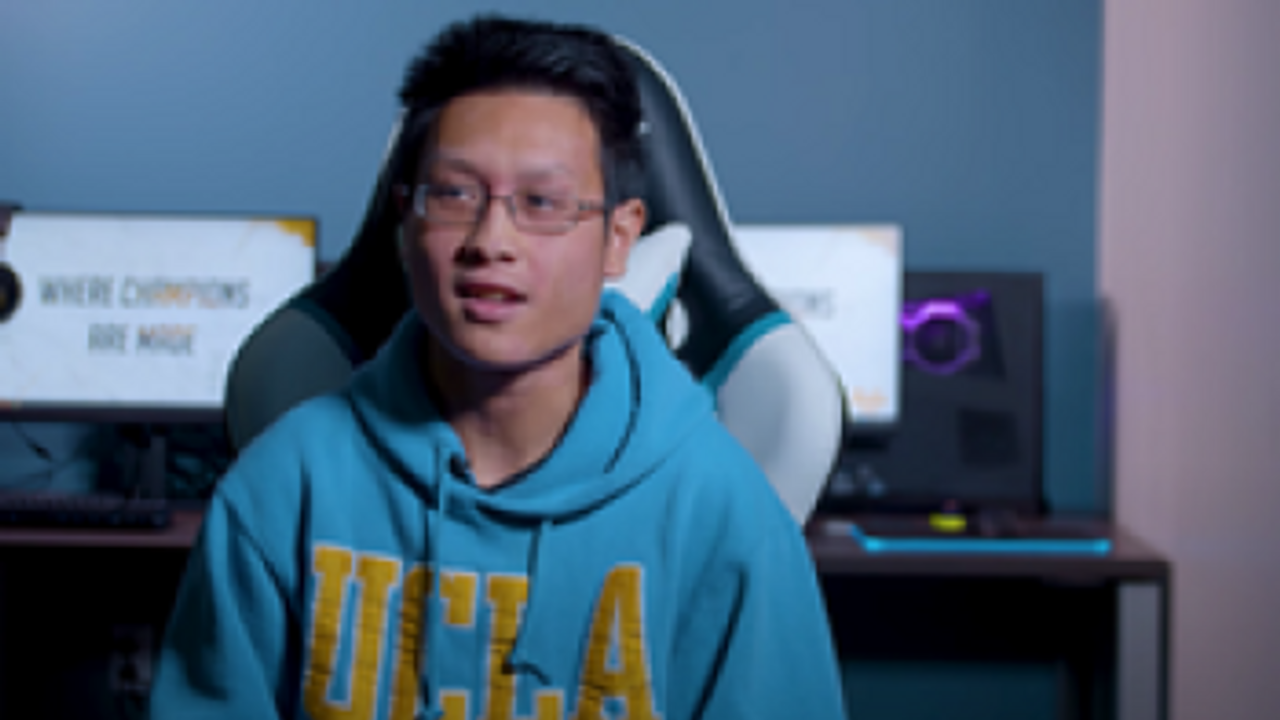 At University of California, Los Angeles, we talked with Dillon LeDuc of the UCLA Hearthstone Blue team. While he pursues his degree in Financial Actuarial Mathematics, he was able to reach Rank 1 on ladder last December and qualified for two Hearthstone Masters tournaments by finishing top 16 in two seasons.

Normally, my first question is about having an esports club in high school, but you participated in NASEF! So can you tell me about that experience and how it prepped you for esports and college?

I didn’t actually join esports until my senior year of high school, mostly because the year before that it was only Overwatch and League of Legends. Most of the people knew I was already doing Hearthstone tournaments outside of school, so they brought me on as captain and I recruited from there.

What were some of the things you did with the team in high school?

Mostly playing Hearthstone after class. I would often take what I learned from ladder play and teach people. Sometimes even playing during class (laughs).

UCLA has a very strong esports program, can you tell me about your experience with the application process? You mentioned in the documentary that esports was your way into UCLA.

Basically, I sent in my application to UCLA and I ended up on the waitlist. Then I emailed the esports contact telling them I could be a potentially great esports player for their Hearthstone team. That got forwarded to the higher-ups in club sports who talked or left a note for the admissions office. My application got marked as a contributing athlete and that added some weight to it. After that, it was a pretty normal process.

Were there any other additional steps for the esports application?

For other games, yeah, you have tryouts, but Hearthstone you don’t. It’s a very hard game to test through a couple of games in tryouts. So they would look at rank and achievements from past tournaments.

You told me that you focus on Priest and Rogue, what are the requirements for Hearthstone players? Do you need to be able to play every class?

Not really. It’s pretty loose for our teams. We know all the classes because we play the game. I don’t think there is much of a difference between skill levels for different classes. You should be able to learn all the classes, though, because you’re going to face them all. Classes aren’t usually that big of a deal.

Hearthstone is a solo game, so how does it work being on the Hearthstone Blue team at UCLA?

If there was no Covid-19, we’d all be in a room together discussing plays. We’d have a bunch of stats out and someone would be looking up more information online and someone would actually be in the game. We do that all over Discord now.

Sounds like you all are a think tank for Hearthstone matches.

Yeah, there’s a lot of stuff that we do.

What about the RNG part of Hearthstone, how hard is to deal with that when being a pro player?

In my experience, it’s about not making any mistakes at all. One little mistake can cost you the game. I would say, even at a high level, there are a lot of mistakes people make. It could be the problem of deck lists because sometimes people aren’t able to figure out what the correct lineup is. There’s a lot that goes into it that people don’t see.

I don’t think RNG is too big of an issue, but it can affect some game outcomes. I think the better player usually wins.

You mentioned figuring out the deck lists there, does part of the game come from counting cards; I know the opponent has these cards left so I can do this safely.

Yeah, there’s a lot of things you’ll pick up by just playing the game. Most of it is being done by a deck checker, nowadays, but as you play you naturally count cards and figure out probabilities for things that will happen.

This is starting to sound a lot like poker.

College esports focus on balance a lot of the time, what are some of the ways UCLA esports helps you stay balanced in life?

We have a lot of team bonding events. I’m also the treasurer, and we were about to, as a staff group, implement a group gym session, but Covid-19 shut that down.

What would you say to high school students who are looking to get into esports programs should focus on right now?

Try to play as much as you can. That’s what I did. I was always trying to make myself better. I played a lot more than I should of, but that can be good or bad. I think it shaped my character a lot. In the end, it enabled me to go to a better school

You never know what things you can learn from playing games. There are a bunch of skills that will help you in the future. For me, there are tons of stats and probabilities in Hearthstone. Hearthstone also taught me to be a perfectionist because you can’t make that many mistakes. You have to be able to find every mistake you’ve done and make it better for the future. The standard of excellence that you have—you can’t be happy with any bad plays you have. You’re always looking to get better.

It’s fun to be part of collegiate esports. A lot of my happiness comes from the team, I feel like. Working with teams has made my college experience a lot better. I could succeed and go solo in Hearthstone, but I’d rather spend good quality time in a Hearthstone community.