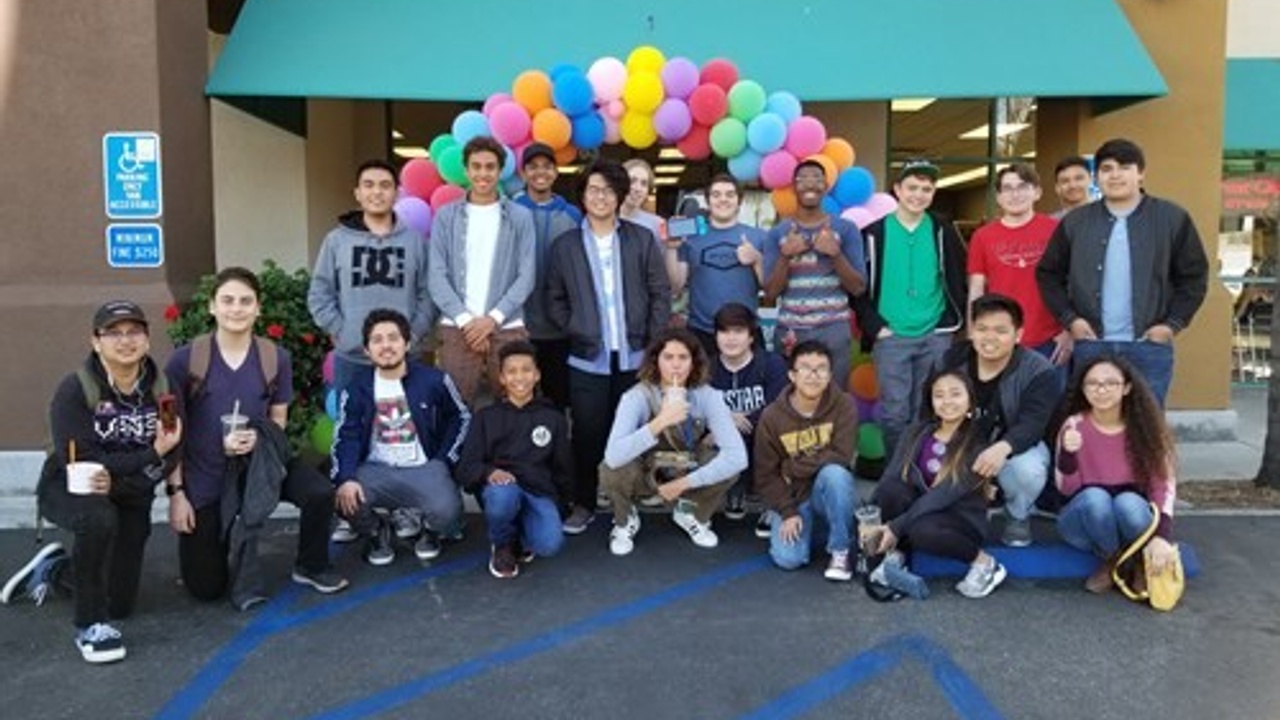 This month’s student profile takes us to Chaparral High School in Temecula, California to meet Victoria W. She graduated from high school in June, where she participated in a number of clubs and activities like drama, Science Olympiad, Tahitian dance, and CyberPatriot competitions. As if all of those activities weren’t keeping her busy enough, she was the organizer of the campus’ esports club!

When did you begin playing esports on campus?

We first started with another esports organization my sophomore year. We played in an organization that let us form a team with students from different schools. We did well, winning our first season of Overwatch.

Even though we could play with students from other schools, I really wanted to involve more people from my high school campus. At this point, we joined NASEF, and started recruiting for our club.

Starting an esports club can be tough. What advice do you have for students who want to start their own club?

It really helps if you have friends that want to join you in an effort to start an esports club. I learned this because I started it all by myself, which I’ll admit was pretty chaotic at first. Once you get friends involved with you, though, it helps you support one another.

The first year, I had one person start the club with me. During our fall club rush, we had 50 people sign up! We felt like we didn’t really know what we were doing, but we kept a great environment, made it fun, and kept growing our leadership.

What was helpful is that at this point, we joined NASEF, which was a lot more organized than the other high school league. The next year we started to have more meetings as club leadership so that we could divide work with one another. You can delegate responsibilities around, which doesn’t leave one person doing all of the work needed to grow it.

Once you get that core group of people together, you can work together to help grow, and instill a positive culture can spread throughout the club.

What do you think helps create a good, positive culture within a club?

In order to have a good, positive culture, you have to start right off the bat. Everyone needs to understand that there are certain lines you can’t cross. We won’t support any type of toxicity, and no trash talk. If you allow that stuff slide in, and it’s easy to allow it to happen, then little by little it becomes worse. Instead of going down that slippery slope, you have to define from the very beginning what’s acceptable and what’s not.

I’d encourage clubs to stay away from trash talking. When I first started, I wouldn’t have liked other teams to try to intimidate us. It’s not a fun way to compete, so make sure to keep good standards on how you speak to each other and your competitors.

One of the topics that we’ve discussed at NASEF lately has been about getting more young women involved with gaming. What do you say when people make the incorrect assumption that young women aren’t gamers?

Gaming has been one of my favorite activities for a long time, and I don’t want anyone else to get in the way of it. There will always be people who try to put you down due to stereotypes, but you can’t let that stop you from doing the things that you really like. If you enjoy gaming, go for it!

What recommendations do you have for schools to help to grow their clubs?

Hold a club rush, where all the clubs set out tables, in a big area on campus. We brought out postcards, gave out flyers with the Discord link, and had someone monitoring Discord the whole time to answer questions.

The rest of the year we put up flyers for tournaments and encouraged people to watch the streams. We held a 1v1 Fortnite tournament online, where people were able to check out the streams for different competitors. Another fun event was when we hosted a Super Smash Bros. Ultimate tournament at a local boba shop. People came throughout the day to watch, buy boba, and just hang out. It was a lot of fun, and everyone was super supportive of it.

How did high school esports positively impact your life?

Well, it got me excited to me choose a Computer Game Science major at UC Irvine this fall! It’s also made me think about different careers. It’s made me really want to do something with games, and now I’ll get to work in the esports league through my internship at NASEF.

I’ve learned that there are so many other ways to be involved. You can be an analyst, coach, manager, and a lot of other careers to consider. As a competitor, I would love to go pro, but a close #2 might be one of the hosting roles for television or streaming.

Esports is how I met most of my friends. I still play Overwatch with friends from the old league.. Now that I’m going into college, I’m excited for my internship, and looking forward to my major. I like the classes that I got to pick out, having college classes in gaming, and possibly trying out for the Overwatch team!

There are some parents and teachers that could be skeptical about allowing their students to play esports in high school. What would you say to them?

I know some people are skeptical about why would we have esports when we could do “regular” sports with physical activity, but students have a wide variety of interests. With the popularity of gaming, esports gives something for kids to really look forward to each day. Not every kid is going to want to play soccer, dance or join drama, which are all cool things.

I think that being able to take video games and tell kids “we want you to play games at our school,” is a great way to get students engaged. You’re engaging students where they’re already engaged. It may be hard to start at first, but once you get it going, it’s really worth it!

Victoria will be attending UC Irvine this fall where she’ll major in Computer Game Science, and will work at NASEF as one of our interns.