STEM Skills in Gaming and Esports 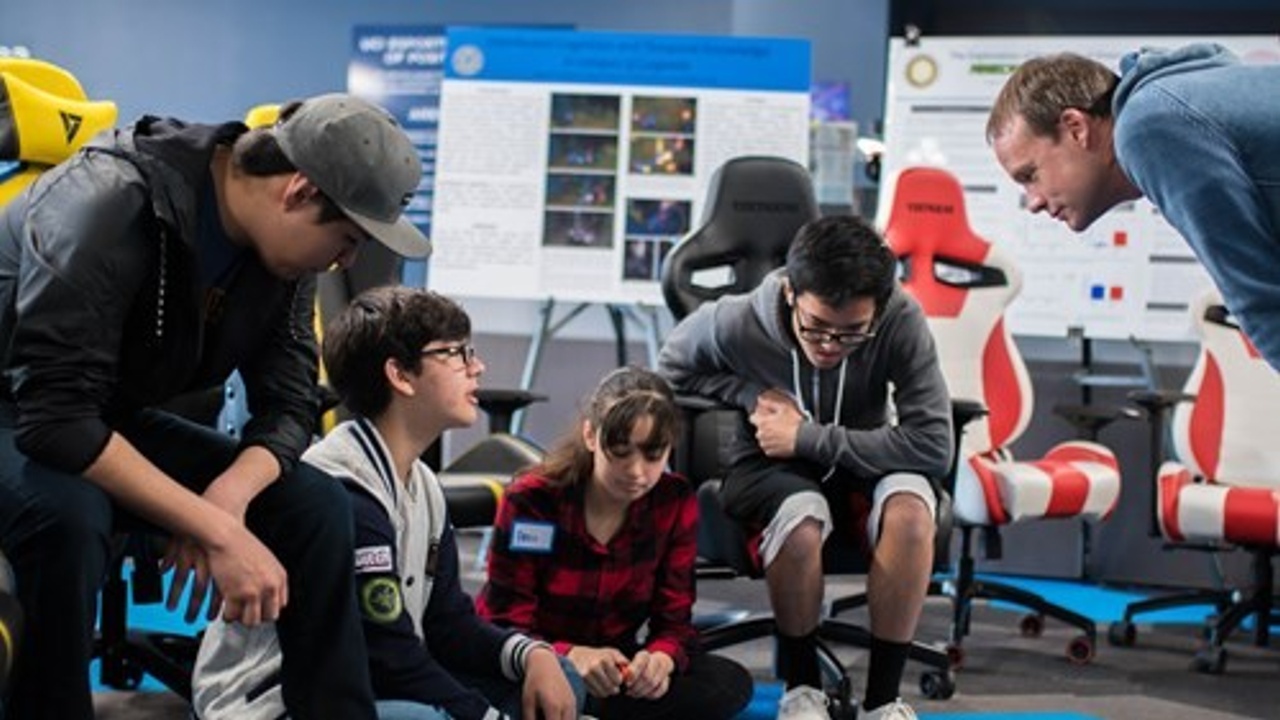 STEM is science, technology, engineering, and mathematics -- but it’s more than the individual disciplines, or even the combination of those. It also incorporates collaboration, communication, and problem-solving skills and mindsets that are necessary in today’s world.

When people think of applying STEM skills to video games, the first thought is often in the creation and development of the product. It is absolutely true that this career path relies heavily on many STEM skills. What many don’t realize is that these skills are just as important to successfully playing the games as well, whether casually or professionally.

Critical thinking and problem solving skills often develop for a gamer before they even realize it. In many of the traditional level/story mode based games that we played as kids, players eventually ran into a level or “boss” that they just couldn’t beat. Some kids would just walk away frustrated, but many more turned into little scientists without realizing it. First comes the critical thinking. After discovering that this is not just another small challenge to brush past, the determination sets in. You sit up straighter, pay more attention, and take a closer look at everything. Are there clues in the cut scene leading up to the fight? Do the attacks or traps come in a pattern that you can exploit? Are there slight color or texture differences that could indicate a weakness you might have missed?

If still unable to pass the level, research often comes next. Consulting a player handbook (textbooks), internet forums (peer reviewed articles), or your friends (research team) will often yield successful results, and you can beat the level, only to proceed to more difficult tasks.

In many of today's popular multiplayer games, extensive teamwork is needed on top of these previously built skills. Though sometimes you form a team on your own, you more often find yourself starting each game with a newly assembled group, and have only minutes to develop the optimal team composition to find success. Sometimes you are stuck with this composition for the entire match, so it has to be a good one! In games like Overwatch though, characters can be changed at any time, and this teamwork must be continuously used to adapt the team's playstyle.

Along with just choosing which characters to play, teamwork is vital throughout all stages of the game. The most interesting part of this is that it is boiled down to the basics, and built in an instant. There are no icebreakers, no team building exercises, and no background knowledge of each other. You are given a team, and it is up to you whether you want to work together and adapt to what is needed, or try to work independently and fail.

A Deep Dive into Math

It’s no surprise that basic math is needed for many aspects of gaming and esports, just like everyday life. This is especially true in the Multiplayer Online Battle Arena game League of Legends. From determining your damage output to budgeting your gold for buying items, the game is full of numbers. However, what many might not realize is that there are much more complex and fast paced calculations needed to be successful at higher levels.

One aspect of the game that requires some more in-depth thinking is item efficiency. When trying to maximize your damage in the game as a marksman, increasing your Physical Damage is important. However, there are many other factors that must be considered. Depending on the champion that you and your opponents are playing as, it might be more efficient to spend varying portions of your gold on stats such as Armor Penetration, Attack Speed, and Critical Strike Chance. Each of these statistics are increased by items that cost gold, so each game you will have to budget your items appropriately to maximize your damage output.

While some calculations in the game like item budgeting can be made at a more casual pace, some must be done in a split second. When taking a major objective such as Baron Nashor or Elder Drake late in the game, the burden of securing the last hit will be on the Jungler with Smite (an ability that does a high amount of damage to these objectives). This player will have to be aware of how much damage their Smite will do as they keep a close eye on the remaining health of the objective. In addition to this quick subtraction problem, though, are many other factors that change from game to game. Several champions could be present on either team that can do a large chunk of damage at one time, such as Cho’Gath, Kalista, or Nasus. Bursts of damage from champions like this as well as the threat of the enemy Jungler using their own Smite can throw off the pacing of damage being done, and will need to be accounted for when securing objectives.

Perhaps the most complex math on the user-side of the game is the way that resistances (Armor and Magic Resistance) are calculated. For example, Armor is calculated by the following equation (thanks to https://leagueoflegends.fandom.com/wiki/Armor):

Because of the way that it is calculated, the value of the resistances decreases the more that you buy. In general, it is not worth it for most players to buy more than approximately 200 Armor, but that is subject to the situation of each game, as are most things. Against an enemy team with a lot of Physical Damage, you will have to find the balance between Armor and Health that is the most efficient and effective.

These are just a few of many possible examples of more complex math in League of Legends, and similar situations are present in nearly all games to some degree. Though mechanics, strategy, and teamwork are the pillars of success in these games, you will need to master these mathematical concepts if you want to rise to the highest levels.

There are countless connections between those skills developed in STEM focused education, and those needed for all levels of gaming. By combining both, the skills are not only reinforced and practiced, but also given an application that can be fun and exciting for all ages.

Nick Butts has been playing, watching, and studying League of Legends for over 5 years, and he is very excited to bring his passion for the game to a coaching role with NASEF. He played two seasons as a support for the Boston Revolt in SuperLeague City Champs, and he is currently Head of Esports for The Game Haus, where he started as a League writer.

Chris Shell’s passion is to develop the next generation of professional esports athletes and gaming enthusiasts in a way that promotes greater well-being, respect, positive regard, and life skills across the gaming community. He’s excited to coach Overwatch players because it is a game that requires a great deal of coordination, communication, and teamwork.