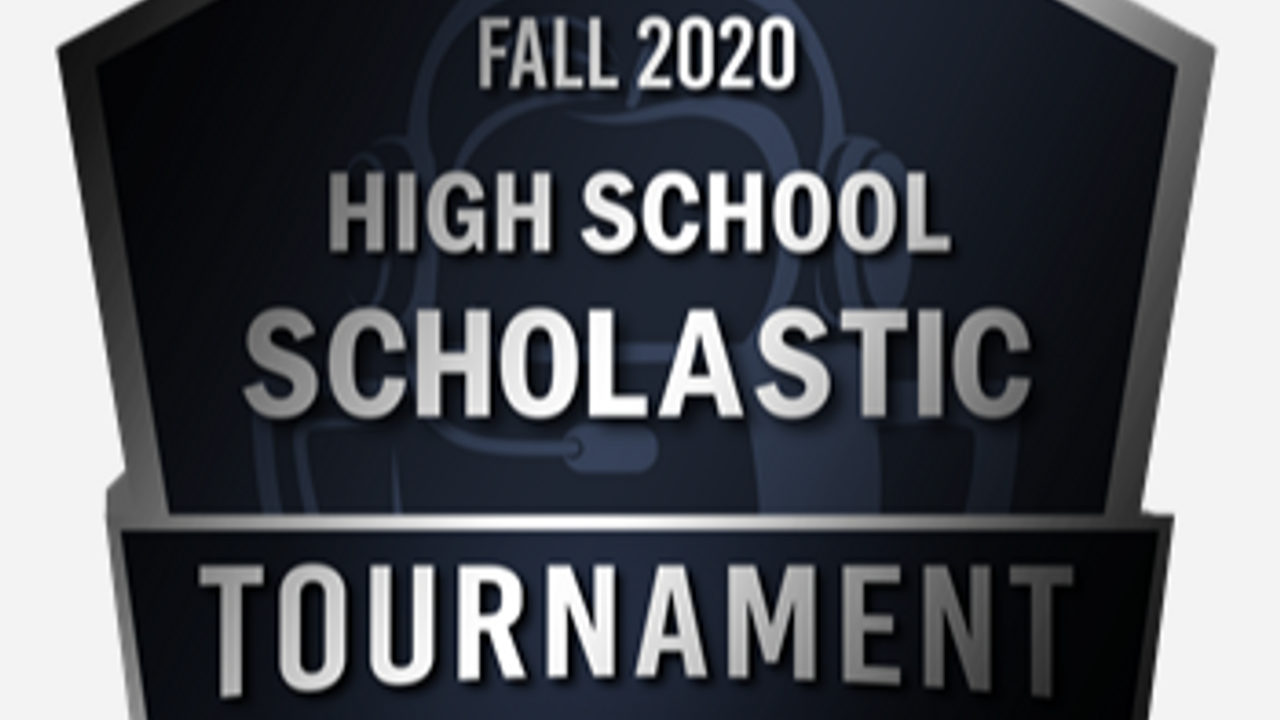 Eight weeks of matches, dedication to improvement, team work, and effort culminated into an amazing display of talent from our competitors. Our Fall 2020 tournaments started in October, with the regular season running through December, a holiday break and time for teams to refresh and practice, and championship events that were held at the end of February 2021.

Read on for a summary of the excitement, or you can watch the VODs of the championship events on our Twitch channel.

An underdog that was expected to get knocked out of the tournament in the first round, Troy High School made it in due to another team’s ineligibility yet put up fierce competition! While they did take a loss in the first round, they were a force to be reckoned with, clawing their way through the consolation bracket to take a 4th place prize!

This competition reliably wowed the viewers—the precision of shots and ball placement was unreal in this final event and all throughout the tournament. KBM Evil, Snoob, and Jax of Carmel Esports Gold were the epitome of this, setting each other up to be able to take home the 1st place position! There was no stopping Carmel Esports; even though they dropped a few games, they never lost a match on their way to the throne.

With jump resets, well-timed demos, awesome double-taps and snipes, it is no wonder that all of the competitors made it to Nationals in this amazing display of talent!

Winning teams earned club trophies and grants for their schools: $2500 for first place, $1000 for second place, $750 for third place, and $500 for fourth place. Congratulations to all winners!

The Overwatch Play-Ins tournament started off simple enough, but soon turned into quite the spectacle for viewers as a team that lost 3-0 to their opponent made the climb back up to Finals from the consolation bracket. Platteview Trojans were a force to be reckoned with, proceeding to 3-0 against every opponent, including the ones who beat them in Round 1 to fight for their spot in Grand Finals. Playing four best-of-5 matches nearly back to back with only restroom and food breaks between, these students were determined to make it to finals.

Massac County High School (MCHS) decided that they needed to be stopped. In an extremely close best-of-5 with each match playing into overtime, Massac County was able to take home the trophy and win 3-1 in the Grand finals, putting an end to the momentum Platteview had on their 3-0 streak.

Even with the prevalence of so many 3-1 or 3-0 scores, almost every game in the match went to overtime with seconds making all the difference on payload maps. Percentages on King of the Hill maps were often 99% - 99% with the next team fight deciding a win or a loss. All the competitors of this tournament deserved to be here and exhibited their practice and teamwork!

Winning teams earned club trophies and grants for their schools: $2500 for first place, $1000 for second place, $750 for third place, and $500 for fourth place. Congratulations to all winners!

The Overwatch Scholastic tournament was designed to be a two-day finals as in previous years before the quarantine a two-day time slot was needed. Coming up to the event we thought that there would be far too much time and that it would be problematic. We were very wrong. Almost every single game went deep into overtime, not for seconds, but for minutes each time. The competition was fierce, driving students to test not only their talents and communication as a team, but their stamina as well.

Four teams had incredibly close matches; Diamond Bar, Rocklin High, Naperville North, and Xavier High. These teams were neck and neck constantly, pressuring the other to be at their best or risk losing. While the first three teams have faced each other before and knew it would be intense, Xavier kicked it into gear and began taking teams down, coming close to taking out Naperville after their 4th best-of-5 almost back to back. The team was pumped and made it far further than others expected, so we doubt it’ll be the last time we see them!

The matches Round 3 and 4 of the consolation bracket were intense, with Rocklin High coming out on top after every single game going into overtime, with not a single game being one-sided. Staying consistent with the theme, the Grand Finals were also the same with every match being determined by one team fight, one misplay, and/or one lucky shot that slipped past the frontline. Diamond Bar remained resolute and even when confronted with nail-bitingly close matches persevered to take home the 1st place prize!

In this national championship tournament, winning teams earned club trophies and grants for their schools: $2500 for first place, $1000 for second place, $750 for third place, and $500 for fourth place. Congratulations to all winners!

NASEF offers a variety of competitions for all abilities and interests. Join us! If you don’t have a club yet, it’s free and easy to start one. We welcome students from around the world to join NASEF today. Maybe we’ll see your team highlighted as a national champion at the end of next season!