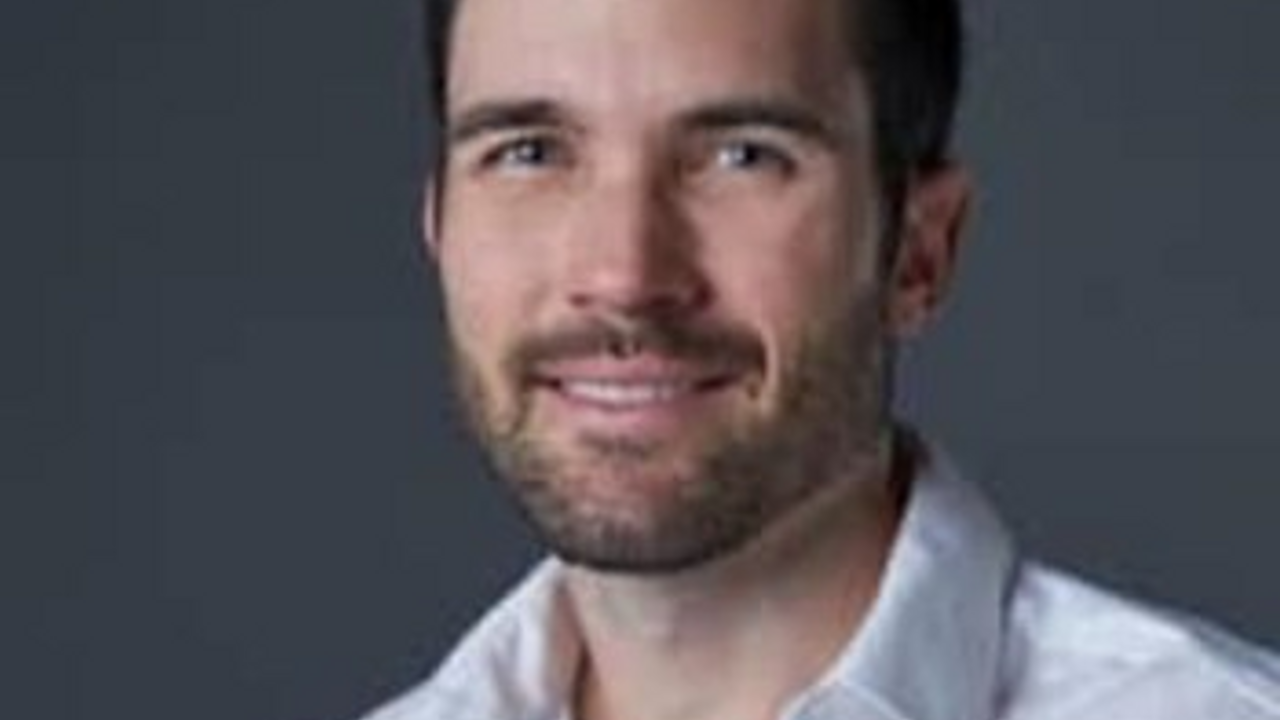 There are a lot of resources in the world of esports that can help you improve your game. We had the chance to sit down with Kristoph Oedman, the co-founder of ProGuides.com, to chat about what ProGuides can offer those looking to take their game to the next level.

Let’s start with a quick overview of what ProGuides is as a platform.

ProGuides is an esports training platform that provides one-on-one coaching with the world’s best players, as well as video courses with the top pros in every category. Players like Doublelift for League of Legends, Clix for Fortnite, s1mple for Counter-Strike: Global Offensive, and MkLeo for Super Smash Bros. Ultimate.

The way we’ve tried to position our offering is to try to get you much better at the game through one-on-one live coaching experiences.

Great, I wanted to focus on the coaching aspect of ProGuides, so how does it work? I sign up on the website, what happens next?

We’ll use LoL as an example. Say you’re a silver player and you want to improve. You have your goal and that will be realistically assessed by the coach. When you sign up, you can choose to go a few routes: you can play a game with them so you can see what it’s like to play with someone better, you can get normal coaching where they’ll assess your gameplay and your match history. They might then take you into a custom game to show you how to improve your farming. Or they might point out your map awareness is really bad and show you how you can take steps to fix that.

They are going to assess every single problem you have because there are so many variables that can contribute to bad play, whether it’s bad map awareness, laning, warding, trading, whatever it may be. They will identify your problem and come up with a game plan to address it. That’s usually what happens in that first session.

Then you have Vod reviews. Those are the best, in my opinion. That’s how I learn best. The coach will watch whatever game you want to be reviewed and they can access it through our API and the coach will give you a video back in less than 24 hours outlining everything in the video. You’ll get a whole screen of notes of things like you mispositioned in lane at this time. You can fix this by holding down the spacebar so your camera is locked or use the ‘A’ key instead of right-clicking on the minions so you don’t misstep forward. These are examples of what coaches might say on the Vod review.

This way you get the information that you need to perform. These are not necessarily prescriptions for bad mechanics, these are ideas that help you get better at the game. Ultimately, even with my boomer mechanics, I can play at a high level because of the knowledge that I have. That’s what we’re trying to do, we’re trying to help people get the knowledge they need to win.

Awesome, now you focused on LoL there, but I assume there are coaches available for major esports?

Yes. We currently cover 11 titles: League of Legends, Fortnite, VALORANT, Apex Legends, Counter-Strike: Global Offensive, Super Smash Bros. Ultimate, Hearthstone, Teamfight Tactics, DOTA 2, Overwatch, and Magic: The Gathering - Arena. We’re not really in the business of one-on-one coaches for non-competitive games yet because the drive to get a coach would be pretty lackluster.

So not getting into coaching speed running yet?

Got it. So you’re not going to get the professionals at the Tier 1 level to coach for you, so who are the coaches?

That’s a great question. It does depend on the game, though. For Smash Bros. a lot of the coaches are actually pros who have won money from competitions. We were able to attract them because of Covid-19; a lot of their tournaments and opportunities were gone.

In LoL, you’re absolutely right. Most LCS players won’t go on the platform because it doesn’t make sense for them monetarily. We target Master, Grandmaster, and Challenger players. We do have a lot of Diamond 2+ players, as well. We do that because Diamond 2+ is still near the top 1% of players. That’s who we target for our coaches, the top 1% of gamers who have excellent communications skills.

Our philosophy for coaching is that we want the experience to be pleasurable for the consumers, so we really want the coach to be invested in the success of the student. They care about the consumer’s performance and want them to get better.

Awesome, now you mentioned to me before that before someone can be a coach on your platform they have to go through training. Can you talk about that?

Correct. We have a very rigorous system for onboarding. We only select about five percent of qualified applicants. Even if you’re a great rank, it doesn’t matter to us. You also need to be a great communicator and have a deep interest in helping people win.

So how long does that training take?

It depends on the game, but that process can sometimes take a full week. That’s a testament to how diligent we are. We want to make sure there is some sort of background check done, too. It’s not a paid background check, but we check out your reliability and if you’re able to deliver a great service.

We really took a page out of how Starbucks works. I read this incredible book called The Starbucks Experience by Joseph Michelli. It talked about the success of Starbucks and viewing their value not as delivering a product—the coffee, because you can get coffee anywhere for a much cheaper price—they’re delivering a service. The coffee is just to get the customer to get the delivery of the service. And so, their entire philosophy is to make feel great and to feel a certain thing when they come into a Starbucks and then to surprise and delight the customer in a way they did not expect. That’s what we really aim to do, surprise and delight users with our services.

Awesome, you also mentioned there is the possibility of retraining coaches if their rating drops. Can you talk about that?

That is a great question. I think everyone deserves a second chance. If somebody’s rating declines and they’ve proven that there is some value and interest in improving their service, then as long as there is a will there is a way. If they really believe they can do better then we’re happy to retrain them. This is more of an exception, though. For the vast majority, we take the Uber approach where if you drop below this rating you’re not going to be able to use the platform as much.

There have been a few who have been deeply invested in this and for some reason didn’t get good ratings. It’s much more of a case-by-case basis.

One thing I wanted to ask, if a really talented high school student comes to your platform can they be a coach?

Unfortunately, we don’t allow anyone under 18 to be a coach. Even if they were legally allowed to come onto the platform as a coach, it would be rare to see someone at that age be able to communicate the reasons why they’re so good in a way that merits a transaction.

I can’t imagine myself in high school and being a good teacher. But there are always outliers that are really good at communicating and it’s not out of the normal possibility.

How long does it take to get matched with a coach on your platform?

And that’s for any time of the day?

Is there anything else you’d like to talk about regarding the ProGuides platform or the coaching platform?

I would love to focus on the ease of finding someone great to help you with your problems. I know how frustrating it can be. With Teamfight Tactics (TFT), for example, I was a high-level TFT player but I’m not very good at adapting to the meta very fast. I remember playing some of my qualifying games in one of the new seasons and I was losing constantly. It was so frustrating. I’m a great player, but for some reason, I didn’t have a grasp of the meta. I could either wait a couple of weeks for the meta to settle or I could find someone who is extremely good at the game and have them help me navigate this new meta.

When I found my coach, he was telling me the theory behind a lot of the new changes and what the balance changes meant to the overall meta and it really improved my game. It was just so satisfying to be able to perform at my optimum level and find someone who is able to guide me and mentor me through that. I want that feeling of being mentored to be extended to all players who want that.

Did they have any idea they were mentoring one of the co-founders of ProGuides?

(Laughs) Good point! At first, no.

I think that itself is a really good endorsement for your platform that you, as the co-founder, used it to improve your own game. Any final thoughts you’d like to add?

To your question you asked offline about the courses on ProGuides being out of date*, it’s very true. It’s one of the major criticisms of the platform. Back in the day, we used to do these things called “live classes” and it was an attempt to bring refreshed information to our userbase via content. What we began to see was that it is extraordinarily hard to balance premium content with how fast the games change.

What we decided to focus on instead of saying, “This course is the solution to your problem of wanting to get better,” and instead taking the master class approach of having an interesting person that you care about, this is their story, and this is their mindset and how they go about playing the game. So that’s kind of the way we’ve tried to structure it. I don’t think we’re perfect in the way we communicate that value currently, but that’s the direction we’re trying to take it.

Let’s just say we try to make as many high-premium guides for each LoL champion. We tried that before and almost went bankrupt. It’s just not possible to do because champions change so frequently. Most of the granular value you’re going to get from one of those guides is how you build that champion or what runes to take in that competitive season.

There are some fundamental components for how you want to play each champion. For us, the way you really figure that out is through coaching. That’s why in our subscription we’ve combined both, the content and the coaching. Ultimately, that’s what is going to get you better: the mentality of the pro combined with the granular focus of what a coach can offer you saying this is your problem and here is your solution.

*Editor’s Note: Kristoph was asked about content in the ProGuides courses being taught by players who haven’t played in the LCS in years or use of outdated items/Summoner’s Rift map in League of Legends during a presentation he made to a USC class.