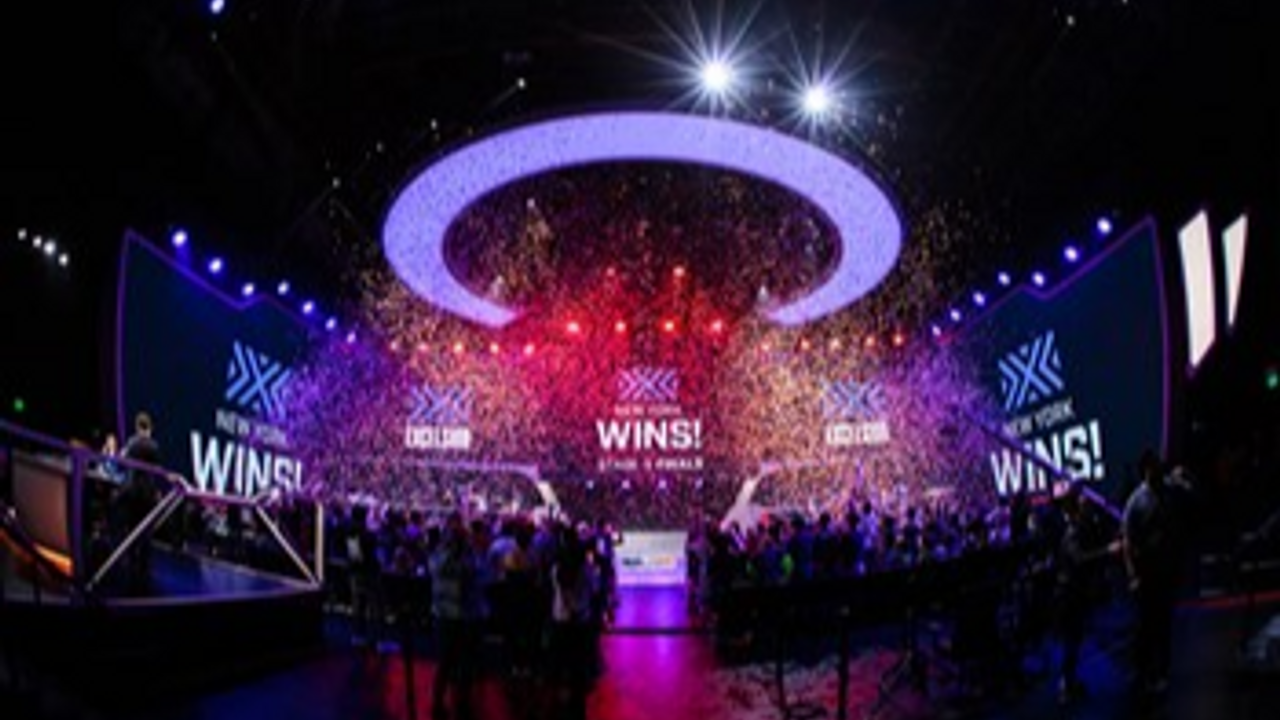 Meet Katrina Weil. She is a reporter based out of Los Angeles who freelances for the Overwatch League. Before that, she wrote for a myriad of publications: ESPN, The Game Haus, Upcomer, and Hotspawn doing player and staff interviews and feature pieces.

We reached out to Katrina to ask her how she got to where she is now and what advice she has for those looking to enter into the world of esports journalism.

How did you first get involved with esports?

When I was in college, I was running mathematics and education and I was roommates with four guys. A couple of them had high-tech gaming setups. I wasn’t really familiar with esports or gaming in general before I lived with them.

They would go on Twitch, and there was this thing called the Overwatch World Cup going on. As someone who is obsessed with the Olympics and loves traditional sports, especially the international aspects, I gravitated toward it immediately and started soaking up as much content as I could.

Eventually, I got my own Overwatch account and started playing. I would watch Overwatch League after I finished my own student teaching. It was something for me that I loved and engaged with regularly.

What was your first job in esports and how did you get it?

Directly after college, I went to college in North Carolina, I knew that I wanted to move to California. I needed to be involved in esports and had done a lot of academic research into esports after falling in love with it. I really enjoyed studying that side of gaming and research was such a regular part of my academic career.

I was primarily looking at research jobs in California. While I was conducting that job search, I started writing: esports journalism and interviewing. I also started broadcasting. I was still involved in the Overwatch Community and wanted to create a portfolio as I was looking for a “day job.”

I was learning how to cast, how to host, while writing and interviewing at the same time. This allowed me to make a ton of connections and allowed me to develop as a thinker. Eventually, this came to my benefit when I applied to my current job as a research analyst for video games, live streaming, esports at PSB Research. In my application, I mentioned all my research and how involved in the community I was.

That was part of the reason I got my more business research-oriented job. I was able to move to California to an apartment 10-minutes away from the Blizzard Arena Los Angeles (BALA) and support myself while continuing to cast and write.

Part of the theme I hear is that people move to California for esports. That’s not going to be possible for everyone. What advice would you give those that are unable to move?

I was fortunate that I was able to create that pathway for myself. I would say for current students, and I hate to use Covid-19 as a benefit right now, but everything is remote right now. The opportunities to reach out to teams and to learn are a bit higher than if you had to go to LAN events to establish those connections.

I think, once we’re in a more normal society, that it’s important to go to those events to make that face-to-face connection.

For aspiring journalists, I think it’s important to find a site where you can get mentorship from other journalists. They’ll also have connections and advice about how to reach out to teams and individuals.

Esports is still a place where if someone’s DMs are open on Twitter, reach out and ask for advice or an opinion. There’s a chance you’ll get a response. Be respectful, learn how to articulate what you want clearly and concisely without coming off as pushy. Having a mentor or an organization of writers that you can lean on and learn from is beneficial, especially right now in the era of Covid-19.

You started as a freelance reporter and then got the job as a freelancer for OWL. What do you think set you apart from the other applicants?

When I moved to LA, right next to the BALA, I knew I had an opportunity that I could not squander. While working a full-time job, I would go to the BALA three times a week and spend six to eight hours there each time and learn about Overwatch and speak with reporters and make connections with Blizzard employees.

That wasn’t the purpose of me going, I collected content—I interviewed players and coaches. Just the action of doing interviews and churning out content will allow you to improve more rapidly. I put in the time, I made a lot of connections from being there, and something that was extremely important to me, was reviewing.

I think the best tool in a reporter’s arsenal is their editor. It’s extremely vital early on, really any time in your writing career, to listen to your editor. Even if you don’t agree, read through and assess why they’re commenting or changing certain things and to try to apply it to your next piece.

Lastly, when it comes to interviews, I got to get to know players a bit more. I understood themes and how they would think and ways to approach different people. When I would prepare for interviews, I would have a couple sets of questions in mind and adapt on the fly to the person’s personality. I wanted to set them up for the most comfortable interview possible.

Through my experience at BALA, I got connections, experience, and repetition.

The stories you write for OWL are different from what most reporters write, can you explain what you do?

I know there’s a lot of different types of reporters and journalists, I think of myself as a feature writer and interviewer. When I write, I enjoy writing pieces that if the player’s mother saw it, they’d be happy to read it.

Part of it is because I’m pretty sensitive and I want to bring in a bit more positivity into my pieces, but also, I think that sometimes, in esports, especially when you aren’t seeing players at LAN, it’s easy to forget that there’s a very personal and human side of everybody. I really enjoy getting to see what makes individual players tick and learning about who supported them on their path to pro and their goals for the future. I really enjoy focusing on those stories.

Read Katrina’s piece: Finding the Heart of Texas in Houston

I approach my writing through a researcher’s lens.

If a middle or high school student wanted to follow in your footsteps, what would you recommend they do?

Just start doing it. You need to get repetition to get good at any skill. You need to learn from mistakes and successes. So if you want to be an Overwatch reporter, watch Overwatch and read other people’s reporting. Even if you don’t publish it, write articles about what you think is going on. Start to develop your opinions and listen to what key thinkers in the industry are saying. Collect that information so you have a solid foundation to work upon.

Something I’ve been very proud of is that players have sometimes commented on my knowledge of the scene in that it’s very wide but also has a lot of depth. That took a lot of time to develop. As a middle or high schooler right now, you have such an advantage. You have so much time and resources on your pathway to becoming a journalist or being involved in the esports scene.

Reach out to people and ask them their opinions or how they went down this road. I’m sure plenty of people would be glad to share their own stories and help you start writing yours.

How do you feel about scholastic esports?

With high school and collegiate esports, apart from the scholarship opportunities which I’m really excited for, there’s so many opportunities for you to grow competitively, to learn socially, and I think it’s a safe and exciting place to gain skills that you can apply, not only to esports, but to a variety facets. Whether that be in the classroom with social interactions or your future career. Team sports, generally, can allow you to hone in on those skills. I think it’s really exciting.

If it’s a way for students and parents to see esports has a legitimate career pathway, not just as a player, but as a writer, management, or any industry job of the sector, it’s ultimately beneficial.

One of my favorite experiences was this year when I went to the Houston Outlaws Homestand weekend with the Overwatch League. It was a new type of experience for me. It allowed me to travel and see a local fan base, first of all, allowing me to better understand the impact of the league that I care about.

It really tested my ability as a journalist. I didn’t know who I would speaking with until probably five minutes before I spoke with them. I had to really be focused and rely on my knowledge of the scene in the short amount of time I had with each group. It was high pressure, but it was extremely rewarding.

To see sports among a home team crowd… it was unlike something I had ever experienced. It was pretty incredible.

Finally, what is it you love most about esports?

That it’s always evolving. There’s always something new to learn. Even though I have been lucky to receive opportunities in esports, I’m still a newcomer to the industry. I still have that mentality that I need to keep asking questions and learning from those that came before me and even those after me.

Everyone brings a unique spin, a unique perspective to their work. By being exposed to so many individuals with such a wide array of backgrounds and talents, it has not only allowed me to grow as a storyteller and journalist, but also as an individual and as a thinker.

What I truly enjoy about esports is that you can always learn something new. You’ll be able to do so for as long as it exists because it changes so rapidly. It’s a fun race for knowledge for me.