Interview: Dominic Sacco talks about the state of British Esports 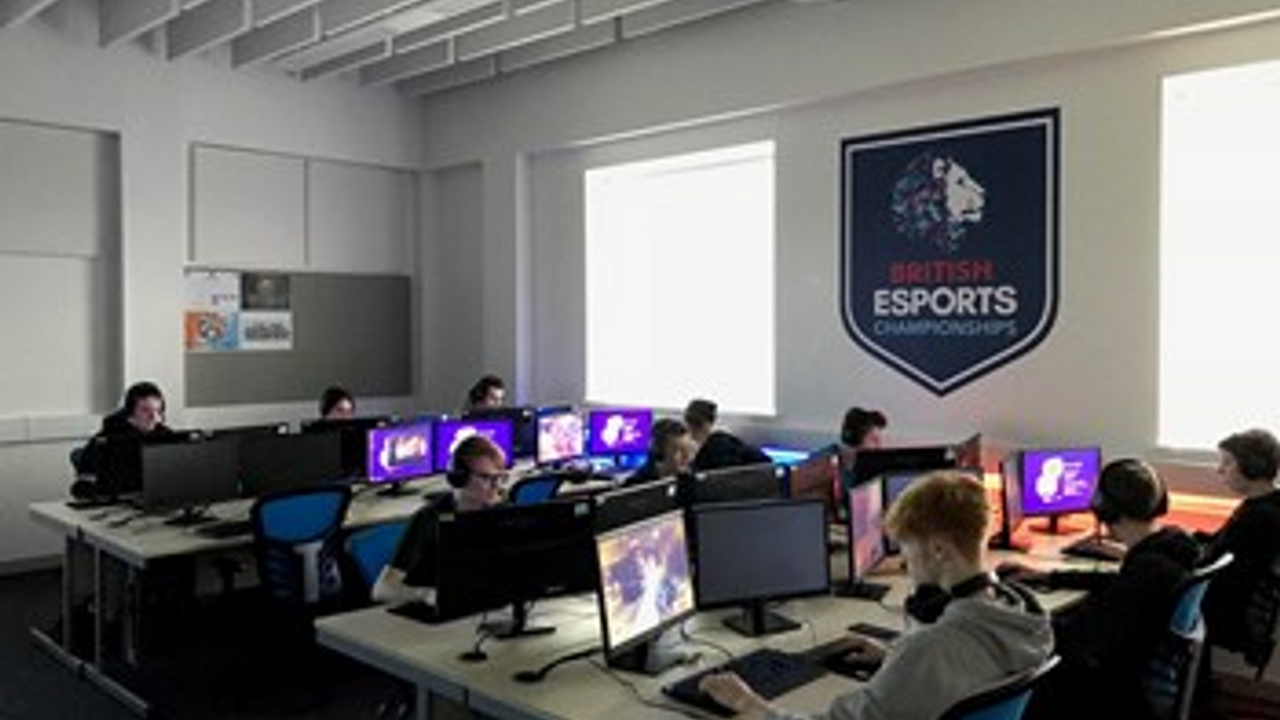 Esports is worldwide, but that doesn’t mean all of the regions are equal in their progress. South Korea and China are, without a doubt, at the head of the pack with parts of the EU and North America close behind.

One of NASEF’s partners is the British Esports Association. We reached out to their Head of Content, Dominic Sacco, to get a better idea of what British esports look like in 2020.

To begin with, can you give me a brief introduction of yourself and what you do for British Esports?

I’m Dominic Sacco, and I’m the head of content for British Esports. I’m responsible for video content, articles, advice on our website, social media content, press releases and so on. I work closely with our marketing manager Morgan Ashurst around all of that - she tends to handle video and social media while I look after written content.

In terms of British Esports, we’re a not-for-profit set up to promote and support grassroots esports. We talk to media, government, parents and teachers and help educate people around the benefits and positive aspects of esports: team building, social and leadership skills, communication, making friends and so on.

The main initiative we have is the British Esports Championships, a series of tournaments for students aged 12 and above in the UK.

Is that the main way schools are getting involved in esports in the UK?

Yeah, I’d say so. There are a few other initiatives - Digital Schoolhouse and Esports Scotland for example. There are a few organizations that have done things with schools which is great to see. And we’ve helped people in esports reach schools too.

For example, we have Dignitas founder and London Royal Ravens MD Michael ‘ODEE’ O’Dell on our advisory board. He’s given a few talks in schools that we helped arrange. Then Excoundrel is a top caster here in Britain, we’ve helped him give some talks at universities as well. I’d say we are one of the main bodies focusing on the education aspect in the UK.

So what does British Esports look like now? I look at South Korea and it’s been thriving there for more than a decade. I look at China and the growth there is immense. So what about Britain?

It’s definitely growing in Britain. I think if you go back five or ten years and looked at the state of esports here it would be behind other territories. We’ve always had an affinity for consoles. We’ve always been good at producing esports players around console games like the old Call of Duty titles and Halo, but we’ve never really sort of kicked on with the big PC games, generally speaking. There’s been a real absence of talent in games like DOTA 2 for example.

Over the past five or six years, we’ve seen a lot of tournament operators doing a lot of activities in Britain. There are more events now: the Insomnia Gaming Festival got bigger, we’ve got epic.LAN, the ESL Premiership and more. We’ve also seen a big rise at the university level. We’ve got the NUEL and National Student Esports (NSE) hosting tournaments just at universities.

Because of all these activities, and because we’ve had some big events here like ESL One Birmingham, esports has really risen in the UK and we’re seeing more talent emerge, and not just at the player level. We also have some of the best hosts and casters in the world, here in Britain. I don’t know what it is, maybe it’s the British accent or our sense of humor, but top esports providers really like British casters and hosts.

One thing you touched on was major tournaments. In EU, we see a lot of the big tournaments like DreamHack are often hosted in places like Katowice; is that something you’d like to see come to the UK in order to help British esports grow?

It’s funny you should say that. When I started covering esports in late 2015, we had DreamHack London. But unfortunately, for whatever reason, it didn’t seem to be a success.

Britain is a bit of a funny one. We tend to get these one-off big events, like the FACEIT CS:GO London event, Rocket League finals, Clash Royale finals, but as far as a big regular thing like LEC (similar to the LCS in America), we don’t have something like that. Because of Covid-19, it’s halted even more.

We do have a lot of good talent in games like F1, Street Fighter, Rocket League and FIFA. I like that we’re doing the ePremier League. I would like to see something more regular like the LEC because at the moment we just have those once in a blue moon events and then we move on to the smaller, grassroots events.

I would like to see more, but with things like Brexit, that’s probably put tournament operators off, and it’s probably causing difficulties for people getting over here. Of course, I welcome more big events here in the future.

To go with that, the top stars from countries will often be a big draw for new players from the same country. For Britain, I know there are a few pros in the Overwatch and Call of Duty scene, but how is the star power in Britain? Do students know about these players?

Those top pro players will always be seen as role models and students will look up to them. You’re right, we do have a lot of pros in Call of Duty, the London Royal Ravens, FIFA has a few big ones. We have historically been big in those console games. We have a big fighting game scene here in London. Benjamin “Problem X” Simon is one of the big Street Fighter pros and he won EVO in 2018.

Then there’s the star casting talent. We interviewed Medic a few months back, and we had a lot of students on that stream very inspired by him and asking him questions. It is important, and we try to connect with those top orgs and pro players as often as possible.

We have a very good relationship with Excel Esports where we’ve had access to their team and their coaching team; they coach the winners of our British Esports Championships, which is great.

Before Covid-19, our students were able to get a tour of their facility; it was a great experience for them. While we’re focused on the grassroots, it’s important to have links with the pro level because that level is great for upcoming talent to aim for.

British Esports has created a formidable Women in Esports Committee to further campaign and promote diversity and inclusivity within esports; why and how?

It’s a great question. The why is a number of reasons. I’ve been following the women in esports and gaming topic for several years now and done a few pieces on it. I went to IEM in 2015 when Intel had only recently launched their women CS:GO tournaments. I was able to interview a few of the women pro players and I asked them about the problems, and it was all online.

I remember asking them if they get the same harassment offline and it was always no, not like they get online. So I knew it was an issue, and I tried to use my platform at Esports News UK and also at British Esports to help educate around this.

What it came down to was, the CEO of British Esports, Chester King, met with a Swedish organization called Female Legends that was set up to promote women talent and make esports more diverse in Sweden and around Europe.

That was a great point. Some weeks we will have pictures of women and other weeks it’s not something I had consciously thought of. I learned something from this and did what I could to make the imagery much more balanced going forward. Then I thought, if this is an issue around diversity, then we should be doing more than just making sure the number of pictures on our website is equal.

What could we do to highlight the women (including trans and cis women) and femme identifying/femme presenting non-binary people in esports more?

I had the idea to launch a campaign. With my background in journalism, I’ve started a few campaigns in the past, one even got into Parliament and MPs were talking about it. Because of that, I brought it up in a team meeting and our chairman, Andy Payne OBE suggested the women on our team spearhead it.

Morgan Ashurst, Natacha Jones and Alice Leaman were really excited to spearhead it and launch it. Natacha sadly left for the NUEL shortly after but we have a great working relationship with her and she is part of the Women in Esports Committee now, and doing some great things at the NUEL such as a women’s League of Legends tournament.

From then on, the British Esports team provided a bit of input, but it’s mainly Alice and Morgan running the Women in Esports campaign.

That’s the why, and I guess that’s the how too. At the moment, we’ve done a lot of content around Women in Esports, interviewing women about their roles and what they do and attempting to promote them.

We recently launched a partnership with FACEIT for some women’s tournaments and have more planned. I know Morgan and Alice have been talking about doing networking events, though everything is a bit up in the air due to Covid-19. We’re looking at doing virtual events and lots of different ideas beyond content.

I am very happy to see progress being made in this area in recent years. There is still a lack of pro women players, but we do have a lot of good women talent in esports and gaming in general: hosts, production staff, journalists, marketing executives, performance coaches. We’re seeing a lot more women in esports come through.

I hope that’s given you sort of a rounded answer and insight into our Women in Esports campaign.

I’m just really excited to be part of this journey and to see esports grow in Britain and around the world. It’s great to have partners like NASEF on board because you do a lot of excellent work in America and we have a lot of synergies with you guys.

It’s great to be working on initiatives together; you did the Minecraft Masters recently and one of our UK teams, the Spartans from King Edward's School in Bath, made the finals.

At the end of the day, esports is all about having fun. It’s video games. We’ve got to have fun. It’s all about the community as well, so having those partnerships with associations like yourselves, I would like to see more from the industry in terms of collaboration and fewer organizations/people trying to own parts of esports. It’s owned by everyone. Let’s all get along and work for the benefit of esports.

All photos, except where noted, courtesy of British Esports Association.