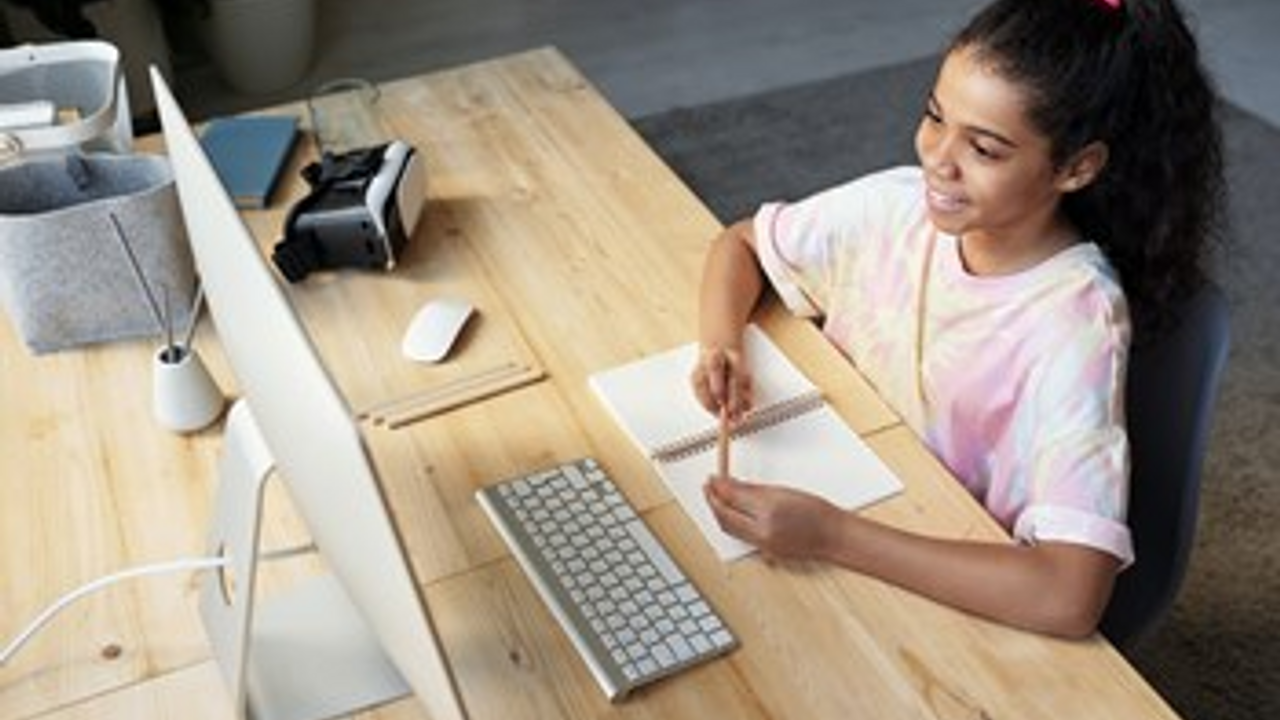 I started my teaching career at Marco Forster Middle School as a physics and chemistry teacher and saw the need to engage students in new ways that energized their learning. I created an after-school robotics team, which later grew into a year-long elective. Over the years, I noticed that my robotics students shared a common passion of gaming. The Pandemic was a perfect segue to coach an esports team since robotics competitions were put on hold. As we were all inside our homes, I started coordinating Among Us game nights so my students could get to know one another and have an opportunity to meet new friends. It soon expanded and two competitive esports teams emerged.

The potential for scholastic esports in middle school is skyrocketing as more schools  and districts embrace it as a viable teaching tool. It’s an inclusive pathway for students to engage in STEAM, graphic design, game development, shoutcasting, community building, social skills, and just pure fun.

Team sports in middle and high school are one of the easiest ways to instill a sense of fair play, teamwork, and sportsmanship in youth. As the esports industry continues to grow, gamers are reaching celebrity status as early as 20 years old. Colleges around the country are offering millions of dollars in scholarships and are dedicating entire floors to teaching esports.

As a middle school Career Technical Education (CTE) teacher and NASEF Scholastic Fellow it became my goal to create a vertical pathway from middle school to high school esports. When I announced that I would be launching an esports club, I had over 50 excited students sign up. Students rushed to open computers and were quickly logging in so they could host the Minecraft Survival challenge.

Within 15 minutes of playing, I heard students upset that their supplies to build in the game were stolen and we experienced our first learning opportunity to resolve conflict in a virtual space. Online gaming spaces have had a reputation for toxicity and trash talk mostly because players think they are anonymous by using a nickname. There will always be winners and losers in a competitive sport, it is my job to equip students with the tools and strategies to support safe and healthy interactions, especially when things go wrong.  I realized quickly that this was the perfect opportunity to shift how my students interacted during game play.

Implementing NASEF’s Code of Conduct as a foundation for our club helps us to focus on building community, embracing diversity, and fostering respect. I began by integrating the code of conduct into interactive lessons where students would reflect on team building, fair/unfair play, allowing all gamers to play in a safe environment. We had honest conversations about why these topics are important and what pitfalls there are when we don’t play by the rules or treat others with respect.

NASEF has supported educators by creating a collaborative environment for teachers to communicate with each other about the successes and failures of running scholastic esports programs. By using the free tools they provide like the code of conduct and the state-approved curriculum, we can create safe and healthy environments that promote positive behavior both in the game and in our broader communities. As an example, our students are currently participating in the Northern California Esports League (NCEL) Western Regional Middle School Esports Conference with over 47 teams across 4 states competing. Not only do our students have the opportunity to play against other teams, but we also emphasize and practice positive sportsmanship, healthy balance, and of course the importance of a growth mindset when we lose.

The earlier you can start them on this path, the better prepared they will be for whatever comes their way. Esports is the future, we, as teachers, just need to take that first step and introduce it into the classroom. The students will do the rest!

Dolphin trainer. Hollywood special-effects makeup artist. Rescue scuba diver. Veterinarian technician. Marine mammal rescuer. These are some of the past job titles for Jenny Gonzales, a teacher now in her 15th year at Marco Forster Middle School. She attributes this colorful work history to her endless curiosity. Mrs. Gonzales has been similarly diverse in what she teaches, from Robotics, Tech Lab, and Oceanography. This school year, she’s added an after-school club for esports.