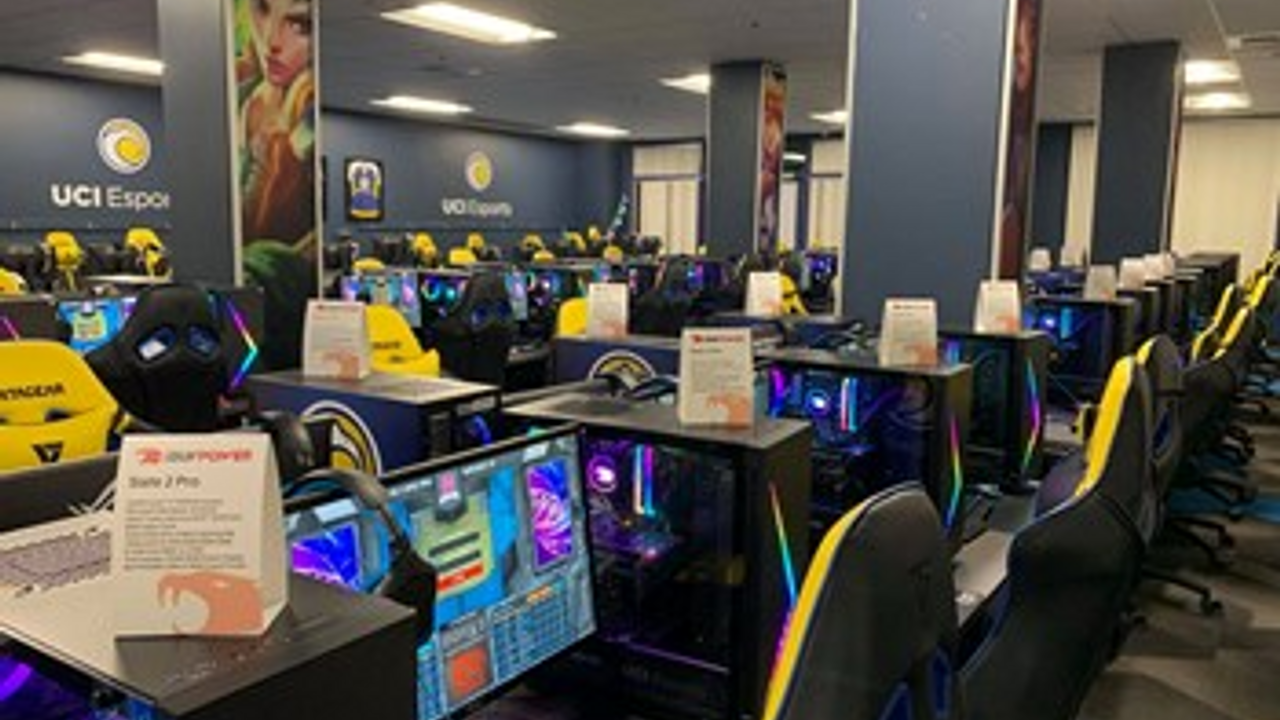 At University of California, Irvine, we talked with Victoria “Saffrona” Winn. She plays on the UCI Overwatch team as the main support while pursuing her degree in Computer Game Science.

In her spare time, she was able to hit 4400 on D.Va and her favorite teams in the Overwatch League are LA Valiant and Toronto Defiant because she loves the Kariv and Agilities duo.

To begin with, did you have any sort of esports program or club in high school?

I actually started the Esports Club at my high school! I created it in my junior year and continued running it through my senior year. We had teams for Overwatch, League of Legends, and Rainbow Six Siege. We also ran some small tournaments for Fortnite, and we ran a Super Smash Brothers Ultimate tournament in collaboration with a local boba shop. It was my first time being in charge of a club, and it was pretty hectic at times, but I learned so much and it was a lot of fun.

Before the club, I had been playing Overwatch with a group of online friends who were also high schoolers. We played together in high school tournaments (these tournaments didn’t require us to go to the same school), and it was during this time that I really got into playing Overwatch more competitively and started really working to climb the ranks.

Can you tell me about your experience with the UCI esports application process?

Being a part of an esports club in high school made me aware of the existence of esports programs in colleges. When I confirmed my decision to attend UCI, I already knew about their esports program (and NASEF as well).

When the application for tryouts came out, I was actually unsure if I wanted to try out. Despite running the esports club, I had taken a break my senior year from playing Overwatch competitively because I was focusing on ending my last year of high school on a good note. I figured I would regret it otherwise, so I submitted my application and played a lot of ranked in an attempt to wipe off the rust.

I wasn’t expecting much, but after each day of tryouts I learned that I would be continuing onto the next round until I received the final message that I was accepted onto the team. I was a bit surprised to be honest! But I was super happy and excited, and I was so glad that I had decided to submit the application in the first place.

How long were tryouts?

After the initial applications were accepted/rejected, there were two days of in-game tryouts and a third day for interviews. At the end of each day, the coaches would notify you if you would be continuing onto the next day.

What does an esports day look like with the UCI Overwatch team?

How many days of practice do you normally have?

Each week we would normally have around three or four practice days, and usually we would have a tournament game on the weekend.

Now you’re in school, is it hard to balance earning your degree with being competitive at a game that is constantly changing?

Having a good schedule and consistent routine really helped with balancing schoolwork and playing Overwatch. On most days, it wasn’t too difficult to get my work done on top of finding time to practice on my own. Some days would be more challenging than others, maybe I’d have multiple projects due that day or a big test I wanted to focus on.

Our coaches are really understanding, and they allowed (and encouraged!) us to miss a practice day if we needed the extra time to focus on schoolwork. During midterms or finals, the practice schedule was also a lot more flexible to give us more time to study.

What are some of the activities that you do as part of the esports team that isn’t playing games?

We have an exercise physiologist, who guides us through weekly workouts in small groups and gives us advice on how to take care of ourselves since we’re sitting down playing games for so long. We also have a team psychologist, who we meet with as a team around once or twice a month. He helps a lot with the mental aspects of being part of a team, which plays a far bigger role in the team’s performance than most people realize!

What would you say to high school students who are looking to get into esports programs at the college of their choice? How should they prepare?

I think the most important part of trying out is showing that you have good communication skills and are open to constructive criticism. It’ll be really obvious who is or isn’t talking mid-game, and good communication skills are so important to a successful team! If a coach gives you feedback mid-tryout, make sure you apply it! Ask them questions if you don’t understand something and they’ll most likely appreciate your honesty and your willingness to learn.

Being on the UCI Overwatch team was one of the best parts of my first year in college! It helped me successfully transition into college, make new friends, and really learn about myself. It helped me build a lot of good habits that’ll stick with me beyond playing video games.