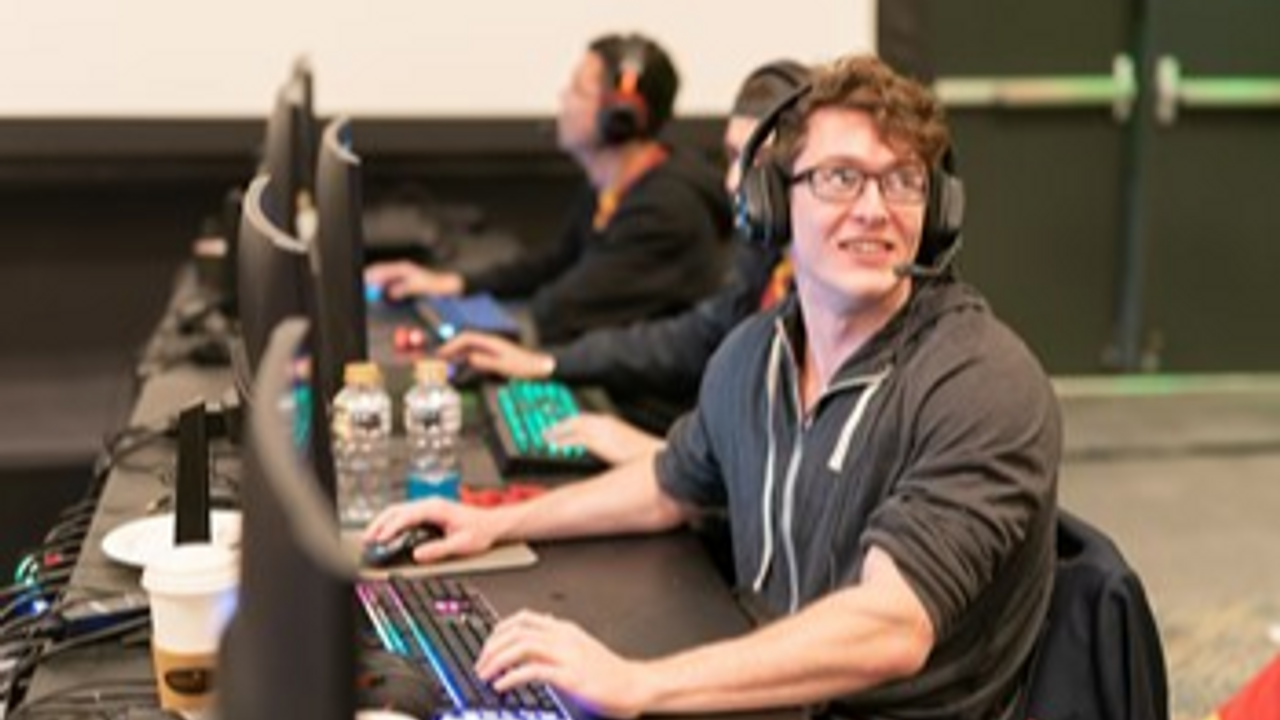 At University of Southern California, we talked with Garret Krichbaum of the USC League of Legends team to get his insights into what the experience is like while pursuing an MS in Data Science.

He plays mid lane for the team, but in his spare time he enjoys playing other roles and his favorite players are Bjergsen and Froggen.

To begin with, did you have any sort of esports program or club in high school? If so, what was it like?

So how did you get into the competitive scene then, just grinding and solo queue?

Before they had Master and Grandmaster in LoL, there was just like Diamond. There was no challenger. I hit pretty high D1 in high school and had a lot of fun to doing it, but I didn’t have an environment to do it in high school.

I went off to college at University of Central Florida Orlando and it still wasn’t that big of a thing. When I came to USC, somebody reached out to me and told me about the school team.

I thought it would be a good way to meet friends and stuff. We had a small tryout. It was set up like a round-robin tournament. The coaches reviewed the games.

It took pretty much all day and we talked about it afterward. They recorded comms to see how you communicated in-game and stuff. Then Coach Jacko selected people for the various teams.

How many people were at the tryouts?

It was more than our full roster. Maybe around 15-20 people. There also had to be a requirement of plat 2 or something to even try out.

When you did the round-robin, did you get put on a single team and you were stuck with them, or did you rotate teams?

I think we each played about four to five matches and they were set up so they were roughly the same in terms of MMR, and then he tried to match people with other people to see who worked together well.

He also had games where he had people play specific champions in their champion pool but also semi-meta, but also let us draft for ourselves sometimes. It felt like he wanted to get a sense of how everyone treated each part of the game. It felt very professional.

What does an esports day look like with the USC LoL team? Start with scrims then VOD review?

We weren’t on every day; we’d have scrim blocks on specific days and then we were running two tournaments at once.

Scrim blocks – a lot of teams we played were in different time zones. You can only play with the same teams so many times. Whenever we’d play with an east coast team we’d play a short block; usually something like a Bo3.

Another issue is just working around our own team schedules. One guy was doing a job through his degree and wouldn’t get off of work until 6pm and so it was already 9pm on the east coast.

So anything from Bo3s to a six-game block. Tournaments would usually be on the weekends.

Were all the tournaments remote?

Some tournaments were remote, but we had some events that we did. USC hosted an event where we played on stage. UCLA hosted another tournament we went to. We also did this big remote tournament where the top four got to go to DreamHack Anaheim. We qualified for that, which was really cool, and we got to play on a big stage at DreamHack with an actual crowd and casters.

I talked with Coach Jacko about the concept of champion pools versus champion puddles.

I was a puddle (laughs). That was my chief issue.

Can you tell me a little about what players need to do if they’re facing that issue?

So our jungler is objectively our best player and he has a lot of champions he can play. He has core champions, sure, but for the most part, we used the fact that he could play a lot of stuff to our advantage.

A lot of our drafts would be done around the players who couldn’t play as many champions. So our jungler could fill in where we needed it.

As Worlds was going on, I think Renekton was becoming a thing and Coach Jacko would have me bust out a bunch of solo queue games on it on a practice account.

Practice accounts are really good. Only play something you’re not too good at up to low diamond or something. I tried to do that for some stuff. Some things fit well with my own playstyle, but I usually stuck to five or six champions.

So overall, the bigger champion pool lets you have a more flexible draft?

Oh yeah, so much better for the draft. Especially if some of them are more meta, because it kind of limits the types of comps you can pull off.

How extensive are team drafts in targeting players?

It depends. We’ve had teams that would get baited. It felt like, to us, that they went on op.gg and looked at our top laner’s most played champs and just banned them even though he hadn’t played it in a tournament.

Then we had other teams who went through and picked apart what comps we liked to run. Our jungler absorbed bans like crazy.

The higher teams are definitely more serious about pre-game stuff. We’re pretty serious about checking out who we’re playing and their subs. Coach Jacko does a lot of work with spreadsheets with the comps that other teams may ban/run. It was a bit much for me so I would just nod and smile at that point.

Now you’re a grad student, what are some of the challenges of balancing earning your degree, especially a graduate degree that focuses on large and complex projects, with being competitive at a game that is constantly changing?

It’s definitely the constantly changing part that is the roughest. Scrim blocks and games are manageable. That’s how it goes with traditional sports as well. One thing that’s interesting about esports is that I think you’re expected to play at home more than other sports.

The best players on soccer teams will get out of practice and then go play for another club team or something, but you could get away with just the main team. But in LoL, because the meta changes so much, you have to be grinding 10-20 hours of solo queue each week.

Especially for me, I had one semester where I had machine learning and AI and I had these giant projects that took me 40 hours to do and trying to cram that in around solo queue and scrims and sometimes traveling to tournaments… it was hard. I had a few weeks where I was lowkey panicked the whole time. I managed to pull it off, though.

Speaking of your degree, Data Science has a lot of potential in esports. Have you looked into integrating it with your studies?

I think Cloud9 had an internship opportunity for data science. Something along the lines of analyzing games. There are definitely opportunities for it that I’m interested in it. I think the problem with my bid at the time was that I neglected to say anything that I was actually playing on a competitive team. Probably a bit of oversight on my part.

There are a lot of opportunities for LoL and Counter-Strike because of the sheer amount of data from how many games are being played and the number of items they can get. Professional teams have huge scrim blocks you can analyze.

Would you say being on a competitive team is critical for data science in esports?

Yeah, especially with data science. The algorithms and the knowledge of how they operate and how they’re constructed are really important, but one of the more important parts that I’ve heard is understanding the actual data you’re using.

You can do the analysis of different build paths for different champs, but if you don’t actually know what the items do, it’s kind of pointless. Being in a competitive environment primes you for handling the data.

The other thing with statistics is the hidden biases. You’ll be able to distinguish them more easily if you actually know what you’re looking at.

League is a team game, of course—have you encountered difficulties working with teammates?

Yeah, and like I said, I played a lot of team sports. With any intra-personal social activity, it’s very rare you get a full group of people where everyone meshes very well. We’ve had issues with different teammates not seeing eye-to-eye about how to approach stuff.

We’re pretty proactive about getting ahead of that. At the end of the day, Coach Jacko had the final say on anything and would step in if it was getting out of hand and just make the decision.

So he let you guys try to solve it yourself most of the time?

He was good about giving us a certain amount of autonomy, even in drafts. But at the end of the day, he is the coach so what he says is pretty much what we went for.

How do you see esports in a college setting you up for post-college life?

Asides from the obvious that it provides you a specific avenue to get into esports, and this goes with any social activity, especially sports, there’s a certain amount of commitment you have to have. I think that translates pretty well into a professional environment. Besides contractors, very few people work by themselves and you have to learn how to handle other people and help them out when they need help.

Overall, I enjoy it a lot. It kind of scratched that itch I had from not playing traditional sports for a while. It’s really fun to have a group of people and get to know each other and rely on each other. You go to a game and there’s a bit of nervous energy before but after it’s done you pat each on the back and get some dinner and talk about the game. All around, it’s pretty fun.