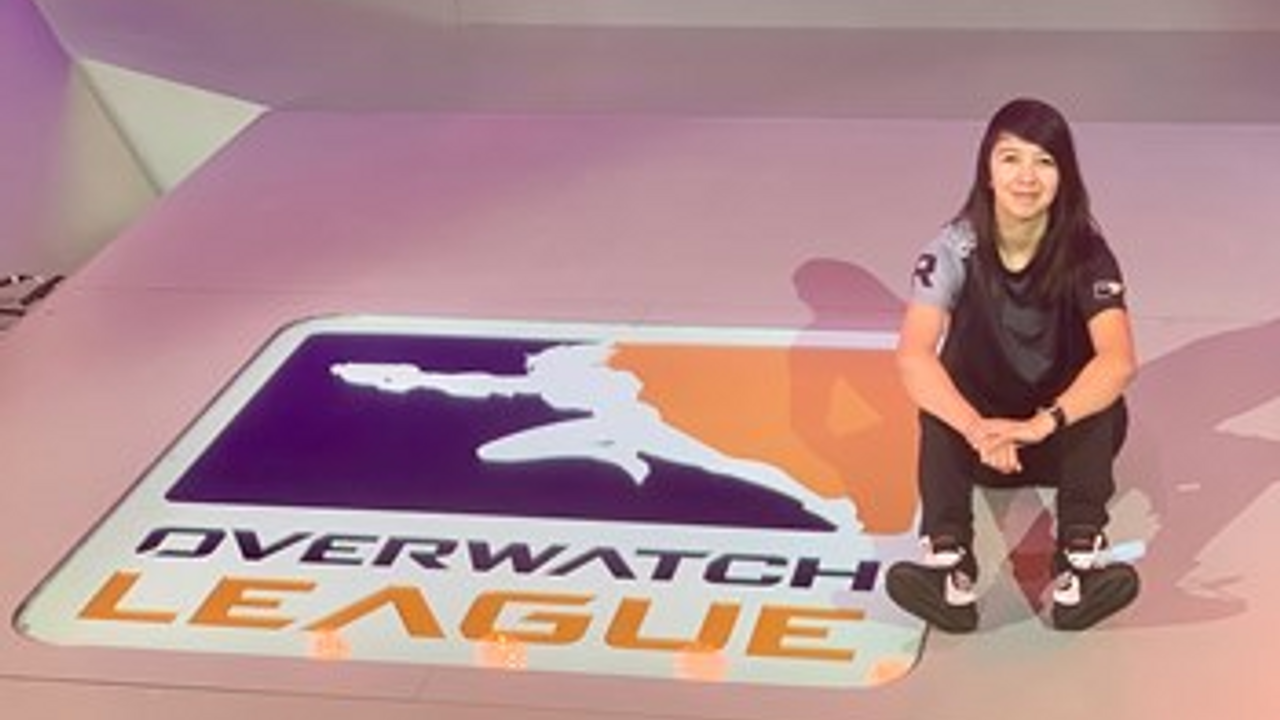 Behind every pro esports team is a member of the broadcast team that is watching their every move. These, often nameless, people are the Referees and Game Administrators making sure competitive integrity is maintained for each and every match.

You’ll often hear them pop up during mic check videos that are posted by teams, but the role of a Referee and Game Administrator goes much further than making sure the players’ mics work.

To get more insight into what a Game Administrator does, we reached out to Overwatch League and talked to Bri Delgado about the role.

My first non-volunteer role in esports was as a tournament administrator for Tespa. I started the summer before my junior year in college and stayed with them until I accepted a full-time role with the Overwatch League. It was a remote, online position where I led a team of about four other admins to run operations for national collegiate Overwatch tournaments. My favorite part of that role was getting the experience in making on-the-fly operations decisions, which prepared me for my role as an Overwatch League Referee last year, and as Game Administrator this year. Having two years of experience working remotely has also helped me a lot during this pandemic.

How did you become a referee?

The month after I graduated from school, I was still working with Tespa and was making the plan to move out to California from Texas. The week before I moved out, I applied for the OWL referee position—it had popped up suddenly and I was excited to throw my hat in. It was exactly the kind of role I was looking for since I knew I wanted to continue working in tournament operations. I ended up getting a call a few days later asking to interview for the position, and coincidentally was able to do in-person interviews once I arrived in California. After a couple interviews with a few different groups including IT and Competition Operations, I was offered the position and accepted the role.

Can you walk me through how you’d deal with a problem during a match? Say a bug report from a player.

There are a variety of situations that can happen during matches, which usually result in a game pause. The most common are simple issues, like a player’s mic starts to cut out or a keycap pops out. Others are more complex IT issues. The way its generally handled is this:

What’s the most difficult situation you’ve had to deal with while live?

A couple of weekends ago, in a match between Toronto and Dallas, Kruise experienced a power outage at his home, which caused him to disconnect from the game. Usually, in situations like this, the player’s power comes back on immediately which allows us to get the game started relatively quickly. However, the power did not come back on for Kruise. After a certain time, Toronto had to use a substitute player. Unfortunately, that would mean we would either have to completely restart the map or start from a certain check point within the map.

The Competition Operations team worked with both teams to come up with the fairest solution for both. Our team analyzed the footage and replay from the moment when Kruise disconnected and determined that Dallas should be awarded the first checkpoint instead of restarting the entire round of the map.

Situations like this are always difficult to deal with, as some of these decisions can be subjective. This pause was also a long one at over 45 minutes and was the first of its kind for online match play. Funny enough, a similar situation occurred the following week, which we felt even more prepared to deal with due to our conversations and post-mortem regarding the Kruise incident.

What’s an important aspect of the referee job that may get overlooked? Would it be something like being able to manage player relationships?

In my opinion, for any competition operations role, the ability to be quick on your feet is the most overlooked and often the most important aspect of the role. In-game or show critical moments, you have to be efficient in your communications and in your decision making. In most cases, we don’t have days or even hours to make a decision or ruling since we’re typically live on broadcast. Each situation is unique and unpredictable, which requires us to review all the evidence available to us at the time as swiftly as possible. From there, we work with various internal departments to ensure we end up with the right decision. Ensuring we keep a cool and confident temperament is vital to ensuring we reach a quick and correct conclusion.

Big question here, with OWL being remote, how has it changed your job?

There are tons of small, moving parts that we adjusted for online play, especially regarding competitive integrity. We implemented things like player and team cams so we can “see” the players and team support staff. Our PRCs are constantly in touch with the players to monitor their communications and to talk to teams in case an issue arises. Our IT team is always on standby to hop-in remotely and assist teams with technical issues before and during matches. Even the way we receive substitutions and map picks from teams had to be adjusted, since it always used to be on pen and paper.

Overall, though, moving to online match play was a humbling experience for our team. Most of the competition operations team had some background running online matches, so we felt confident moving into these matches. Even then, we have learned a lot over the last several months that we plan to implement when we do return to LAN play.

What should a student do if they wanted to get into esports and be a game referee or head referee?

One of the main pieces of advice I always give is to volunteer for gaming events at your school and local area. Before I had my position as a Tespa Tournament Administrator, I was one of the leaders of my college esports club. I helped run and organize casual and competitive events at the school and in local venues. I also volunteered at events like Dreamhack, ESL, and Quakecon. Most large events will have applications on their websites for volunteers, and even if they don’t, try to email them. More often than not, these events need extra hands, and it’s a great opportunity to gain experience and meet others in the industry. That experience is very valuable on your resume when applying to tournament operations positions.

What are your thoughts on scholastic esports at the high school level?

I think it’s awesome! I have always been a very competitive person. I loved watching sports as a kid, and when I realized I wasn’t great at physical sports, I turned to competing in academic events and music competitions. Competition was a huge part of my high school experience and taught me so much. Bringing competitive esports to high school opens a ton of opportunities for many students who may not have been able to have that experience otherwise.

Last question, what do you love most about esports?

For me, it’s the ability to make something new. The esports industry is still in its infancy stage compared to many other industries in both competition and entertainment, it is so fresh. Every player, coach, tournament organizer, and broadcast have the opportunity to create something amazing and to be a pioneer. I think having that mindset opens a lot of opportunity for so many different people from different backgrounds to work together and create amazing experiences.