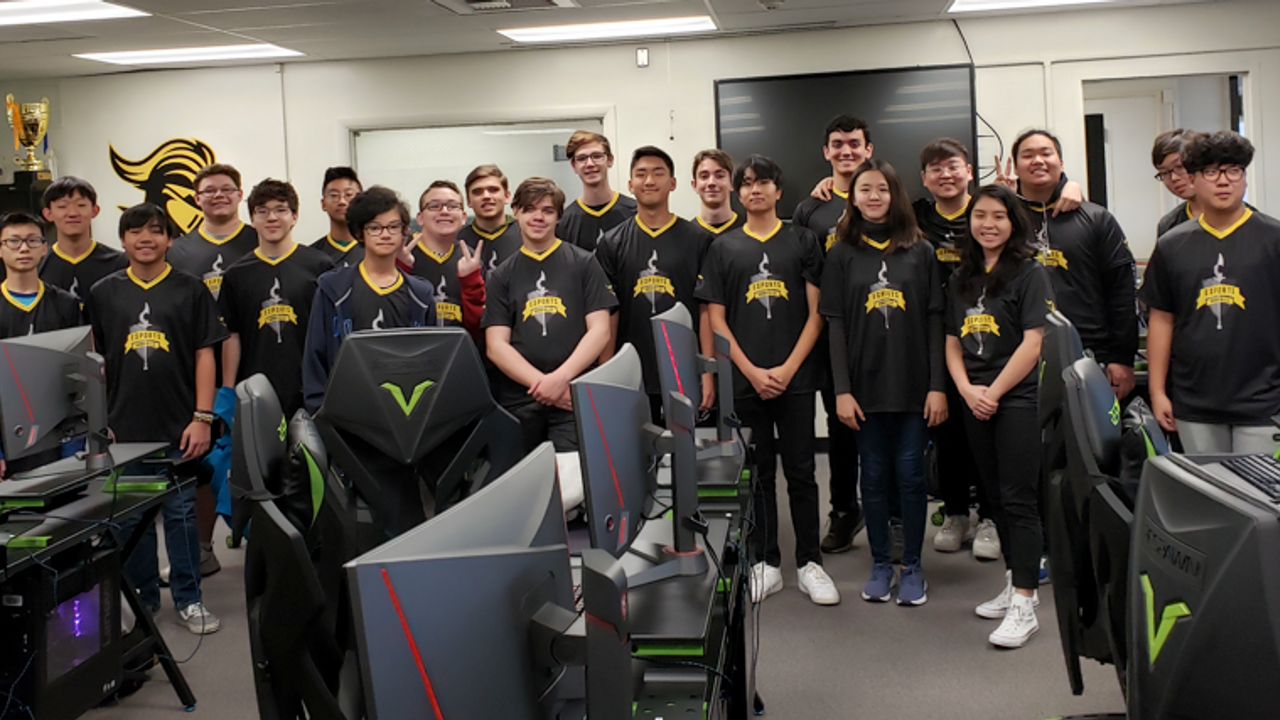 The North America Scholastic Esports Federation (NASEF) is excited to be hosting the finals for the Winter 2020 League of Legends High School Scholastic Tournament, powered by NASEF in partnership with Riot Games, on Saturday, June 6 and Sunday, June 7.

The finals are in a best of five format, which is why the event is taking place over two days. The four teams that are competing are as follows:

Sunny Hills High School – Hailing from the West A division, the Sunny Hills Lancers Gold are a strong contender to deal with. They have consistently dominated their opponents throughout the West A bracket with numerous 2-0 victories.

The esports club itself was established in 2014 by a small group of devoted individuals, including Tiffany Le, who went on to work for Blizzard Entertainment. The club has over 170 active members participating in community events, charities, and competitions at the school and state level.

We reached out to Tiffany to ask her about the founding of the club and she had this to say:

“Back then, it was very clear that gaming at the time wasn't as widely accepted as it is today. Especially in an academic setting, it was hard to get the club approved by our student body... it took about five tries to finally legitimize the organization and benefits of our new gaming community. Thankfully it paid off! We had a great year full of club events and tournaments.”

“Unfortunately, that was only during my senior year of high school, so it was uncertain what the future of the club was going to look like and who would carry on the torch after I graduated. Now, I've had the pleasure of seeing the club grow and succeed and accomplish great things. The SHHS LoL team advancing to the NASEF finals for the third year in a row is already a huge win in itself. And even better, I see that they are being recognized by the official SHHS Facebook page where the team is celebrated for their victories. I'm extremely proud of the students, the players, and the school administrators for working together to make gaming and esports an awesome place.”

We’d like to highlight a few stats from the team. For the regular season, Shmeety had a KDA of 23, making him #3 in the West A division. Meanwhile, his team accomplished an overall KDA of 10.3 in the regular season making them #1. That success has continued throughout playoffs with even more impressive stats: a team KDA of 9 and players jennié and Soonchang have achieved a remarkable 8 cs/m.

Check out their week 7 highlights where you can see their top laner, Xtrinityy, make a massive flash engage on the enemy team as Darius, single-handedly going 1v3 and winning the fight.

For the third seed, we have Acton Boxborough Regional High School from the ET division. The AB Esports Gold team is no less impressive than our first two seeds. Throughout their bracket run, they only dropped 1 game against MCA Eagles Varsity in the bracket finals.

The club has been active for four years now and has 47 members. When asked about the club, Steve Martin, Athletic Director and GM of the club, had this to say:

“I am so proud of this group of student athletes. It has been my first year working with these kids and it has been an honor to have them as part of our athletic department this past year. I believe Esports is such an important team that allows us a safe place for our students to compete as part of team and learn important life skills. Like every other sport, Esports here at AB allows a student to learn life skills in working as part of team, sportsmanship, and the respect for others around them. I can not wait to see what these guys can accomplish this weekend. It has been an honor to be a part of their journey this year.”

During the playoffs, the team accomplished a KDA of 6.2, the highest in the ET division. For the players, Eccho and TheoFromCeleste had KDAs of 8 and 7, respectively. In addition to the high KDA, TheoFromCeleste was also able to accomplish a cs/m of 8.

Check out their week 8 where you can see a massive Yasuo/Senna combo from TheoFromCeleste and Eccho to turn what was going to be a very bad 4v2 situation. That kind of teamwork is what winners are made of. They’ll just need to be careful about diving the fountain this weekend… they cut it incredibly close at around the 54 second mark in the clip.

Last but not least, Jones College Prep from the CT division. JCP esports dropped only 1 game on their bracket run to Leviathan in the bracket finals. While that’s no surprise for a team that has made it this far, JCP esports lost four of the six players that played for the team last year and had to rebuild. Much like G2 Esports, their players have switched roles mid-year. We can only hope it works out as well for them as it did for G2 Esports in spring.

During their playoff run, the team maintained a KDA of 6.8, the highest in the CT division. Cryomaniac held a personal KDA of 11, also the highest in the division, and teammates Platoepus and Jialewu held spots two and three with KDAs of 9 and 7.

Check out their Week 6 highlights where their support player, Platoepus, makes an amazing Janna play to prevent the enemy Kassadin from getting a kill. It’s an incredible display of reaction time and decision making. There’s also a clutch Stopwatch play from Urcade on Twisted Fate as he stalls long enough for his team to pick up two kills.

“The last few months have been anything but normal for students, families and schools,” NASEF Commissioner Mark Deppe said when asked about the importance of running a national tournament. “The NASEF League of Legends finals represent an opportunity for teams and communities to come together to celebrate excellence amidst adversity. The four schools competing this weekend have already demonstrated they have what it takes to be society's game-changers and I could not be more proud and exited for everyone that's been a part of their journey.”

Competing teams will receive medals and/or trophies for their placement. In addition, NASEF awards grants to the teams’ schools depending on their placement:

High school students from around the country will be joining UCI Esports shoutcasters to lend their voices to the finals this weekend. Be on the lookout for them as they may be the ones casting the big games in a few years.

The finals will be streamed on NASEF’s Twitch channel Saturday and Sunday, starting at 10 AM.

As we end the school year, we’d like to remind everyone that scholastic esports is for everyone and it is our mission that ALL students possess the knowledge and skills needed to be society’s game changers. Players, coaches, tournament organizers, shoutcasters, artists, and so many more are involved in the process of creating fantastic leagues and events.

We encourage you to reach out to everyone and you can learn more here.