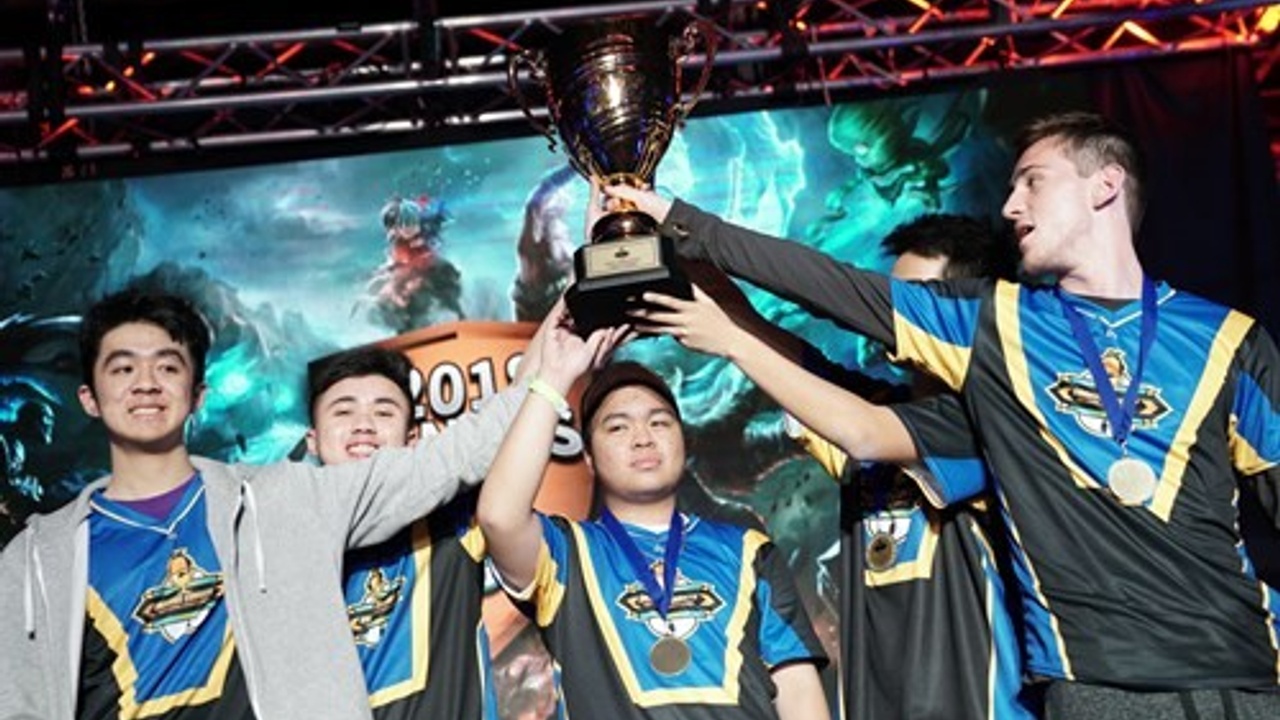 The Championship matches were filled with tension. Students crowded the stands and their spirited chants filled the Arena as they cheered for classmates playing a popular video game on a huge screen. Beyond the drama of the matches, a similar current of excitement ran through the adults in the room as they witnessed the success of their idea to build a system to leverage students’ love of gaming and immerse them in learning high-demand 21st century skills.

The esports movement that is sweeping the country has an added dimension in Orange County: education intertwined with gameplay. The League is not just tapping into the student base to build a sizable player community, nor does it give a quick nod to a handful of skills that are used by every player. With the involvement of several partners, including the Orange County Department of Education and UC Irvine, the experience is much deeper:

“The championship finals were unbelievable! They exceeded my wildest imagination,” said Gerald Solomon, Executive Director of the Samueli Foundation and Commissioner of the League. “Seeing young minds so engaged and having so much fun, then speaking with teachers and principals about how the League is increasing the students’ engagement and enthusiasm for school – I was in awe. I am certain that we will look back at this inaugural season and realize that we started a new movement in learning.”

“It’s a bold move to leverage esports for education. We started with focused activities outside the school day, and with the enthusiastic response of students and teachers, we’re charging ahead,” said Dr. Constance Steinkuehler, Professor of Informatics at UC Irvine and Education Implementation Lead of the high school league. “We’ve created an English Language Arts curriculum that teaches timeless reading and writing skills with next-generation esports at its core. The curriculum weaves STEM[1] principles and elements of Career Technical Education throughout. The world is changing rapidly, and we shouldn’t rely on archaic methods to connect with students. With an esports foundation, we will get them excited about their own learning and thinking creatively about their futures.”

Congratulations to all students who participated in the Spring 2018 season. Look online for the list of participating schools and profiles of the Final Four teams. Students voted for players to receive recognition for their crucial roles on the teams through awards for Rookie of the Year, MVP, and Unsung Hero. Students also selected coaches and teacher advisors for commendation for their role in mentorship and youth development. Those awards are detailed on the Finals page.

In the fall of 2018, the League will expand throughout the state of California and beyond. Schools that are interested in participating in the next season, as well as those interested in piloting the curriculum, should email [email protected].

*Based on enthusiastic response of students and teachers, the Orange County High School Esports League has grown. After an initial season as a regional League, it is now the North America Scholastic Esports Federation, encompassing clubs, coaching, and curriculum. This press release provides insight into the foundations of NASEF.