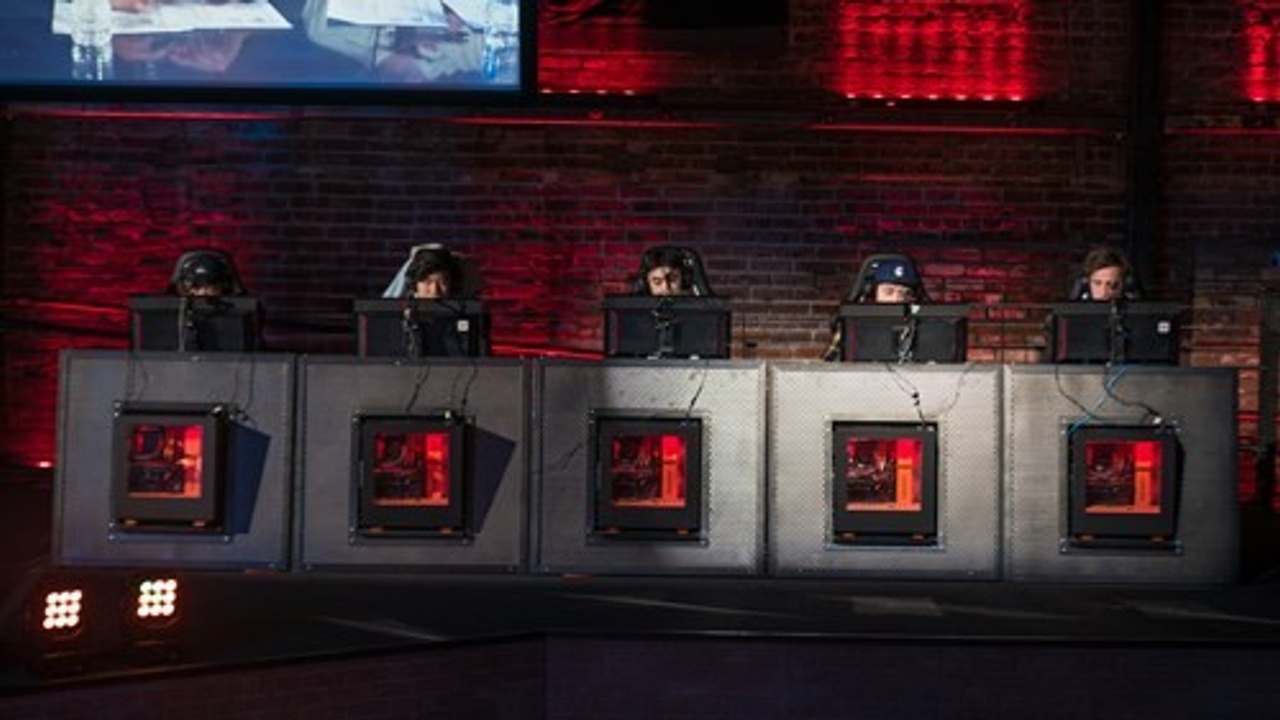 (Orange County, CA – January 30, 2018) – Can esports help students succeed in careers in science, technology, engineering, and math (STEM)? Local education leaders resoundingly say yes, as they collaborate on the new Orange County High School Esports League™ that has attracted 38 teams from 25 local high schools. While gameplay and rivalries are the cornerstones of the League, experts see an opportunity to weave STEM, English Language Arts (ELA), and social emotional learning into one of the most popular pastimes for students today. (Click to tweet)

“The idea for the Esports League came from key STEM educators who said, ‘If kids are spending this much time on games outside of school, what could be accomplished if we connect academic content with their gameplay?’,” said Al Mijares, Superintendent of the Orange County Department of Education. “It’s an incredible opportunity to build on existing interest while introducing them to 21st-century skills and careers.”

Students love to play the game League of Legends™. The objective is to leverage that passion, so they learn and fine-tune STEM-based skills that are increasingly useful in the real world.

Constance Steinkuehler, professor of informatics at UC Irvine, is leading curriculum development and related research. She said, “The League has been carefully constructed with an academic framework incorporating STEM, ELA, and social emotional learning, as well as Career Technical Education. It’s relevant, forward leaning, and tied to future careers both inside and outside the tech industry.”

· Code of conduct · Hardware / building a PC · Managing people and resources
· Healthy gaming and nutrition · Analyzing game data · Professional communication
· Biomechanics of gaming · Casting and streaming a game · Collaboration
· Participating in an online society · Strategic aspects of League of Legends · Event planning
There is a decade of research on the benefits of utilizing games and technology for learning. Esports is slightly different because it is based on commercial games that were not developed specifically for learning. A small but growing body of research is beginning to investigate what and how players learn through their participation in esports. Through the League’s spring 2018 season, Steinkuehler and a team from UC Irvine will be evaluating existing and potential alignments between organized esports and school subjects, as well as social emotional learning. A full high school curriculum centered on esports is also under development.

“Online platforms like esports are the new social gathering places for kids,” said Gerald Solomon, executive director of the Samueli Foundation, which is supporting this season of the Orange County High School Esports League, as well as the associated research and curriculum development. “We believe the platform can be leveraged for an even greater benefit, to help them grow their STEM interests and develop valued skills that will be needed for success in the future workforce.”

Thirty-eight esports teams have formally registered for the League. Each of these clubs has an on-campus manager, a teacher who oversees the site program. Club members work together on all details and for the benefit of the team: “shoutcasting” tournaments, maintaining statistical records, analyzing game play and opportunities for improvement, providing team support, and marketing the team and school. Competing players are selected from the club and will receive game-play coaching from near-peer mentors.

Educational elements are incorporated through weekly team meetings and practices. Weekend workshops will offer deep-dives into specific STEM and social emotional elements as outlined above. Those workshops are open to all students regardless of their own or their school’s participation in the High School League. The schedule and registration will be available on the League website. Workshop instructors range from high school teachers and professors at UC Irvine to college esports program directors to highly ranked League of Legends players and a personal athletic trainer.

The inaugural season will feature Riot Games’ League of Legends. Beginning on January 31, 2018, students will compete in weekly matches in a swiss format for eight weeks, leading up to the finals in April 2018. Matches will be streamed live on Twitch.tv. Finals will be played at the Santa Ana Esports Arena.

*Based on enthusiastic response of students and teachers, the Orange County High School Esports League has grown. After an initial season as a regional League, it is now the North America Scholastic Esports Federation, encompassing clubs, coaching, and curriculum. This press release provides insight into the foundations of NASEF.