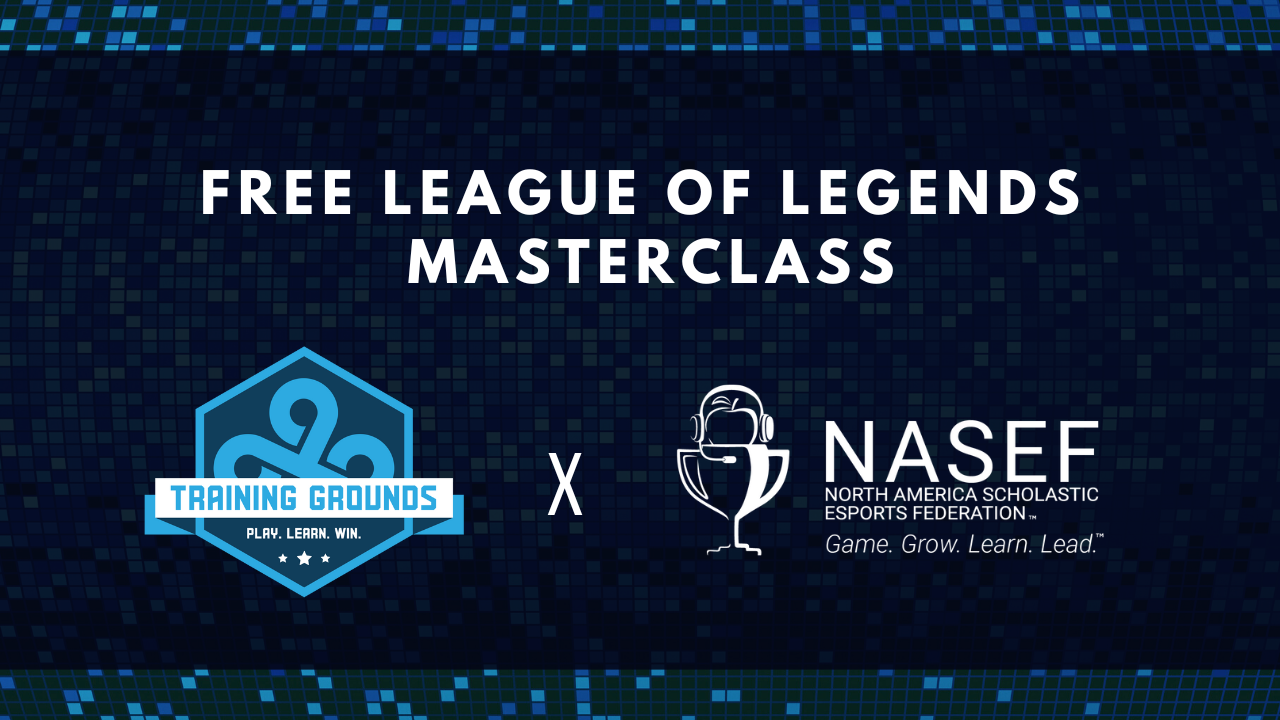 Zaga is a high level competitive coach and player on the North American server. He was Challenger in League of Legends from Season 6 through Season 10, originally starting as a top laner, but later switching to jungle.

He has been known in the past for playing a number of different specialty champions, and has previously been ranked the #1 Nunu player globally across three separate accounts.

He currently is a player/coach for one of the top ranked collegiate teams in North America, and he has been coaching with C9TG since February 2021.

Format: All community members can come for free as long as they have the “role” of student or GM in our NASEF server. Zaga will share his screen and present his clinic via Discord and take questions. NASEF staff will moderate the event and Discord server. We maxed out on capacity in the last masterclass; we’ve taken steps to ensure that won’t happen, so everyone in NASEF can join and improve their game skills.

Cloud9 is one of the world’s premier esports organizations with more than a dozen championship titles in the most popular games. Cloud9 Training Grounds is committed to fostering rigor, leadership, teamwork, and inclusion within competitive gaming.

NASEF and Cloud9 Training Grounds have lined up additional free masterclasses; we’ll be covering Valorant in December. See you in the NASEF community Discord!