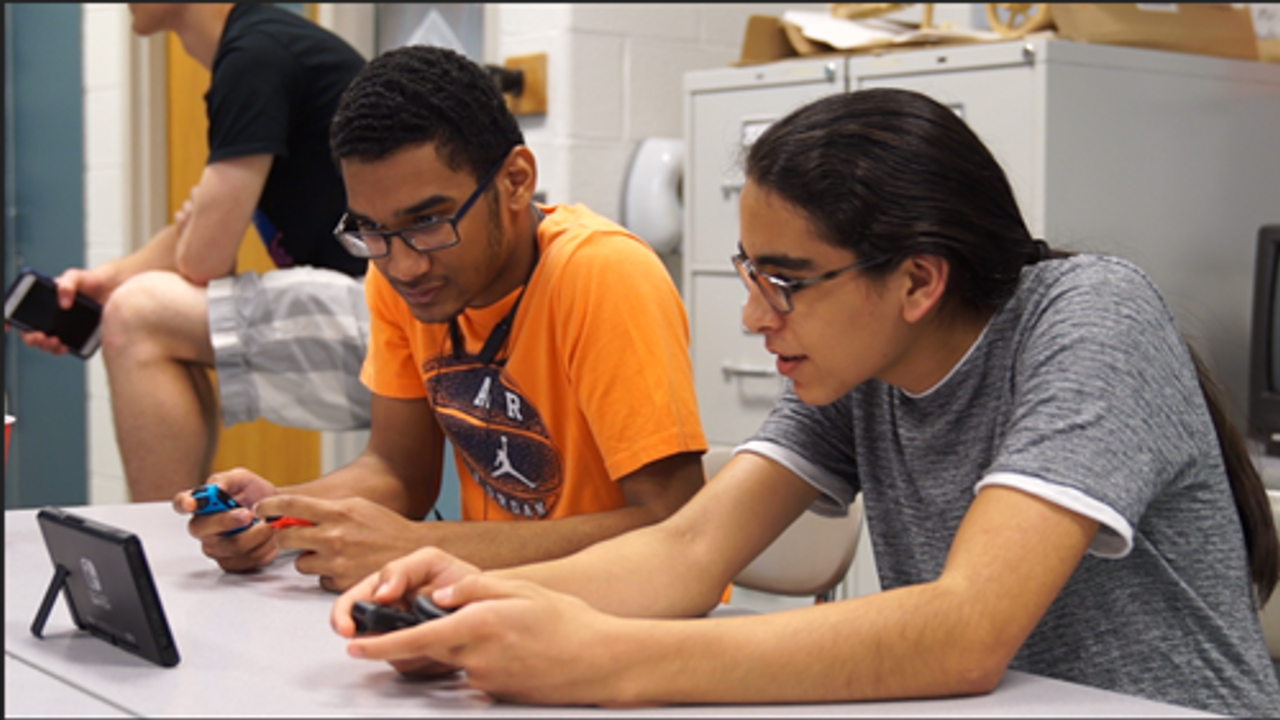 NASEF makes sure there are plenty of opportunities for students to play their favorite games through our Extra Credit series, but we also highly encourage students to take the initiative and make their own events for games that they want to play more often. This can be done in a couple of ways, including hosting an open game night to promote your high school esports club to the rest of your students or running your very own tournament.

As much fun as having a tournament is, the first time you run one is never an easy feat. A group of students at Conrad Weiser High School in Pennsylvania loves Super Smash Bros. Ultimate and wanted to run their own tournament. After a lot of hard work and planning, the NASEF club recently finished their first Super Smash Bros Ultimate tournament to close out the school year. There is a large amount of planning and coordination that goes into something like this, so we’re going to break this process down and go over what Conrad Weiser High School did to make their tournament successful.

One of the first things you want to consider when planning a tournament is your audience. That might sound obvious considering your audience is going to be people who want to play the video game you are hosting, but you will need to keep in mind everyone’s knowledge of the game you are playing. Among fighting games, Super Smash Bros. is very popular outside of the competitive scene and not everyone may be aware of all the rules involved in a tournament setting. Compared to other fighting games the list of rules is also quite extensive.

Players have to be mindful of starter stages, counter-pick stages, priority in character changes, and making sure the custom ruleset in game is in line with the rules for the tournament. If you have only played the game at home with your friends, it is likely that none of this has come up for you before.

Conrad Weiser promoted their tournament to their entire school by making posters, a press release, and preparing a short message to use on the daily school broadcasting. They were likely going to have students at their tournament who are playing this particular game competitively for the first time. It is for this reason that Conrad Weiser decided to dedicate one student to running the bracket and making sure each match was played on time with the correct ruleset, so nobody was confused about what they should be doing during the tournament.

It is almost always preferable to have everyone pre-register for the tournament before the day of the event. This way you can place participants into the bracket ahead of time, determine the necessary number of setups, and keep track of how large or small your tournament will be. There are several websites online that make signup for a tournament an easy process for participants. Some recommendations for a Super Smash Bros. tournament would be Smash.gg, Challonge.com, and Battlefy.com.

With all of the logistics for the tournament out of the way, Conrad Weiser was able to host their Super Smash Bros. tournament, and it went off without a hitch. There were no rule disputes among participants, people who had never played together before got to meet each other, and everyone had a great time. Using what they learned from this tournament, Conrad Weiser is working on an expanded tournament for next year that will incorporate schools from the surrounding area to make it an even bigger event.

Has your school or club hosted a tournament? Tell us about it! Email [email protected] or tweet us @NASEFedu.