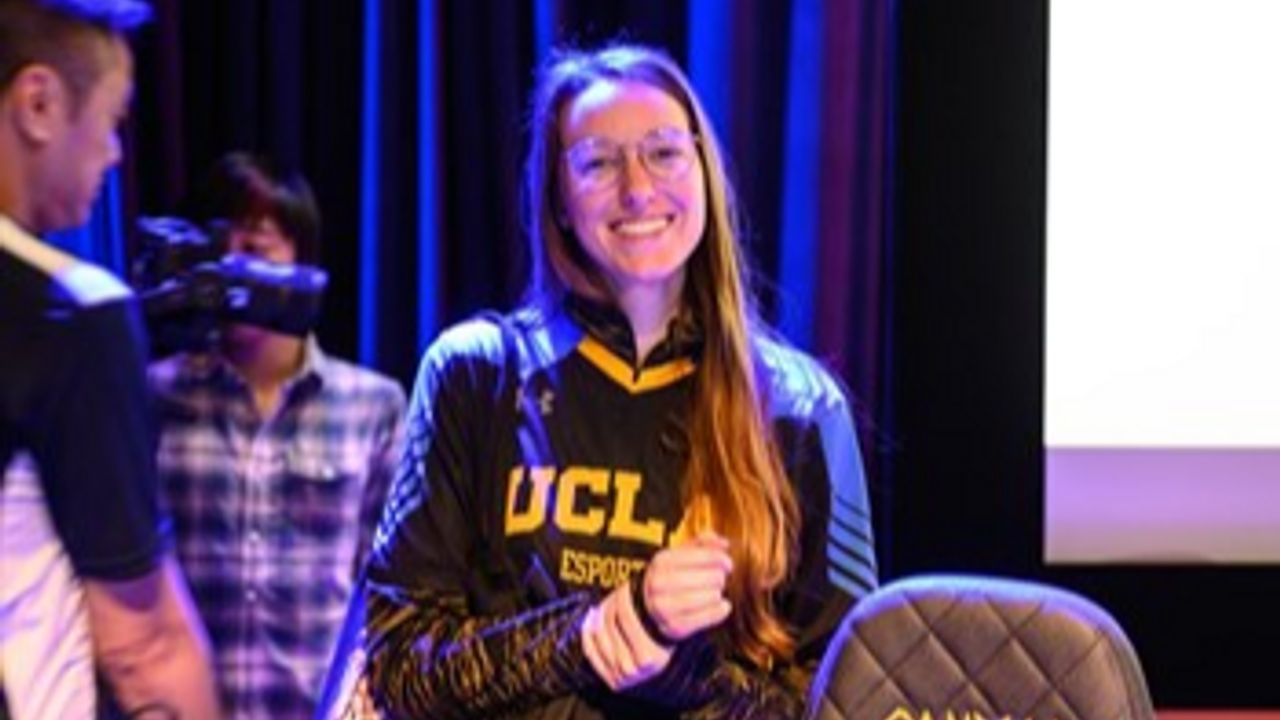 Esports is more than just professional players, coaches, and casters. There's a whole cadre of people who work behind the scenes that you often never see or hear about. If you want to work in esports, but just don't find yourself at the grandmaster level in your preferred game, there are career opportunities for you in about every other aspect of esports: data analyst, scheduling, PR, programming, events production, observer, health & wellness, reporter, social media, the list goes on.

How did you get involved with esports?

I didn’t really know it existed until summer of 2016 when I started watching the Overwatch World Cup. That was when I realized there were organizations and teams that compete and play this game that I love at a competitive level and understand the strategy behind it. And then there’s a team of people that manage operations, scheduling, and making sure fans are able to keep up with the team.

After seeing that, I wanted to do anything I could to be involved in esports. I looked up in the UCLA club directory and saw there was a club called Esports at UCLA. I joined as the chief editor for the staff and worked with the reporters to write match recaps of UCLA esports team games.

I did that for a year and then stayed on with the organization and became a board member up until my senior year when I became the director of the program. I help coordinate with the administration to help make esports more legitimized on campus. This year we were actually able to open up our esports practice room in John Wooden center. Going forward, our athletes will have the opportunity to practice together, once we’re actually back on campus.

You also worked for Immortals at one point?

A lot of my job was contacting vendors and seeing if it would be an activation a fan would like, is it was affordable for us, as well as coordinating the logistics of when they could set up or tear down. I was actually lucky enough to get the internship extended into the fall quarter. Up until it ended in early January, I got to work on projects relating to the Immortals League of Legends team. I worked on the Immortals kickback event, where fans got the chance to meet the team for the first time in a barcade in echo park as well as plan their first tailgate.

I am extremely proud of the tailgate. It was my idea to give the fans boba and everyone was walking around saying it was the best thing ever.

What do you do as the UCLA Esports Director?

My main role is communicating with each of our nine teams—talking with their managers and coaches to make sure things are going well. I make sure the managers have everything they need and that the players are okay. I mediate any problems and even talk to players if it’s needed; talking can include disciplinary action or just being someone they can talk to if the coach is unable to help them through a problem.

I also help manage funds and travel for all of my teams. Whenever they go to a LAN I’m always going with them and making sure they’re getting from point A to point B and no one is hurt in the process. I make sure they have funds for gas and that their tournament fees are covered.

I’m also the outward face, so I deal with people who want to work with UCLA esports. So if they want to do an event with us I need to make sure it’s a beneficial exchange for both parties. Obviously, a lot of people want to get involved in the esports space, but sometimes they reach out to us and I let them know that we may not be the best fit.

If there is a potentially beneficial partnership, I’ll work with them and pass it along to the administration to see if it’s possible to do something on campus.

You weren’t kidding, that is a lot of everything. You mentioned you have nine teams, what do they all play?

We’re also always looking into dropping or adding based on the current situation.

What are some of the things UCLA esports does that are beneficial to education aspect of it?

One thing I’ve focused on this year was giving students access to career resources. That usually took the form of advertising whenever we had a career workshop on campus as well as bringing on guests from different parts of the esports industry for panels. It’s a great way for students to learn and make connections.

One thing we were able to do was partner with Evan Burk this year to do a series of leadership workshops for the athletes and staff members that were interested. For a few weeks during the winter quarter, we had five or six workshops where he talked about how he thinks we could integrate his philosophies into UCLA esports and our lives moving forward.

If someone wanted to pursue a job like yours at their future college, what would you recommend they do?

If your school doesn’t have an esports club, you can take the charge and make it. It might be scary at first because you don’t know what you’re doing, but the secret is no one knows what they’re doing. You just gotta pretend until you get the experience. Take the charge and try to find ways to get involved in esports in your local community.

Fear shouldn’t keep people from trying to get involved at their local level.

How do you feel about esports curriculum in the middle/high school level?

I think it’s a good addition to add into the curriculum. Video games are just a normal pastime people have now, along with sports. It allows schools, or even parents, to give their students the opportunity to participate in a hobby that gives them ability to work with people, build teamwork, strategize about things that they probably wouldn’t have otherwise.

Scholastic esports hits a demographic of students that are not typically interested in other hobbies, like traditional sports, so it gives them an opportunity to compete and have this camaraderie in learning these skills that they otherwise may not have because they’ll be at home playing games by themselves or just not being supported by the school or their parents and being forced to do something they don’t want. When you’re forced to do something you don’t want, you may learn the same skills, but you may not be as receptive or learn as much from it.

It’s a great opportunity for schools and parents to give students who are interested and passionate about gaming and competitive gaming an avenue to pursue their interests and do so with friends who also share those interests.

What’s your favorite experience in esports that you’ve had so far?

That’s a hard question. I’m going to make a general statement and say that after every LAN when you come together with your team, whether you win or lose—that moment where you went through the trouble of going on the road together and you’re on the edge of your seat waiting for the results. That makes it always worth it. Having fun with your team and bonding.

Same at Immortals, after the KIT KAT rivalry weekend, yes, we were all tired and wanted to fall on the floor and sleep, but it was also a great moment for us. We accomplished a lot, and even though our team didn’t win, we were able to put on a great event for our fans.

Finally, what is it you love most about esports as a scene?

For me, I’ve been lucky enough to have a pretty welcoming experience in esports. Everyone I’ve talked to, even at pro orgs, has been super welcoming of people asking for advice or entering the space.

Even though it’s hard to break into esports, I think esports is a pretty supportive environment. Adding onto a previous point, I like it because it does give you the ability to grow. People want to help you succeed and that’s what I really like about the esports space.

It feels like in other professional spaces it seems a bit more competitive—I’m not saying esports isn’t competitive—I think it’s more welcoming to people trying to enter.