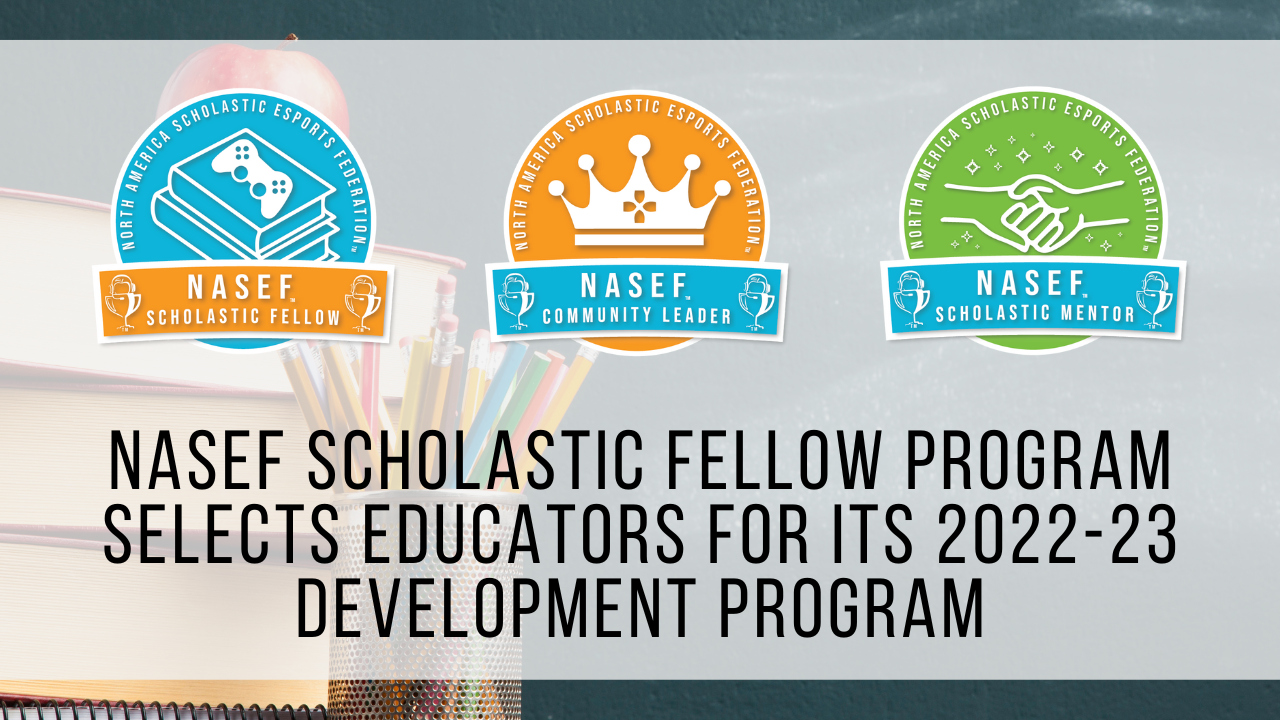 (Atlanta, Georgia – October 12, 2022) – The North America Scholastic Esports Federation (NASEF) has chosen a diverse group of 50+ Scholastic Fellows, Mentors, and Community Leaders from 13 countries for the 2022-2023 cohort. With the program entering its fourth year, the application process is increasingly competitive with exponential growing interest from educational leaders from around the world.

The Scholastic Fellow Program is an elite professional learning community providing mentorship, tools, resources and instructional coaching for educators who are tapping the power of interest-based learning by connecting esports and education. The program provides ongoing support and opportunity to educators in order to benefit students in schools and out-of-school time / community-based organizations across the globe.

Scholastic Fellows who complete their year of fellowship have the opportunity to move on to become a Scholastic Mentor, building on their leadership by supporting other educators in the community. All of the Fellows who complete this pathway are certified "Community Leaders" who become the official NASEF Trainers-of-trainers. They will support the continued capacity building of educators and communities around the world.

“As we enter our fourth consecutive year of the program, it is incredible to see the diversity of educators and unique intersections of esports in education which continues to elevate the exciting opportunity that scholastic esports can provide for young people. I can’t wait to see the projects and programs that this year’s cohort will create and collaborate on encouraging the growth of a global community,” said Jorrel Batac, NASEF’s chief operating officer and director of the program.

"Our understanding of the curriculum has progressed, as it is important to localize it for educators and schools in Japan. Jorrel-san is really a big help. He has been through similar experiences and his advice is quite helpful. The community created an environment that allows for connection and communication with educators from around the world," said Yoshiaki Tsuboyama, Scholastic Mentor.

Hearty congratulations are offered to all of these individuals, who will develop capstone projects to broaden and deepen the worldwide use of esports for meaningful education on career and life skills. Read about each of the Fellows, Mentors, and Community Leaders online here.

The following individuals  serve as the official trainers-of-trainers known as the NASEF community leaders:

The Community Leaders are available to provide professional development, curriculum design, and other support services for educational communities. For more information on applying to the program in the future or collaborating with these leaders now, contact [email protected].